Before the medical journal Neurology printed a study alerting consumers to the high levels of zinc found in denture adhesives, there was not a lot of information available about the potential for denture cream zinc poisoning. 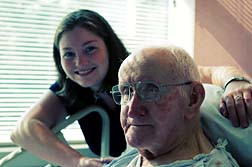 Dr. Sharon P. Nations of the Department of Neurology, University of Texas Southwestern Medical Center, worked with a team of researchers to identify four patients with various neurological abnormalities. The common denominator was that all four patients wore dentures and used excessive amounts of denture adhesive.

Zinc concentrations ranging from about 17,000 to 34,000 µg/g were identified in Fixodent and Poli-Grip denture creams. When the four patients stopped using denture cream, three experienced a drop in serum zinc levels and two reported mild neurologic improvement due to copper supplementation. No alternative source of excess zinc ingestion or explanation for hypocupremia was identified.

The study concluded that denture cream contains zinc and that chronic excessive use may result in hypocupremia and serious neurologic disease.

More FIXODENT DENTURE CREAM POISONING News
When ABC's "Good Morning America" caught wind of the study this past spring, zinc poisoning and its link to denture cream adhesives suddenly went mainstream. "Good Morning America" revealed that 34 million Americans wear dentures, a third of whom use denture adhesive cream. To most, denture cream is not unlike other hygienic products like toothpaste or shampoo, which require no warnings against excessive use. As a result, most people are unaware of the health risks associated with denture creams.

What's more, some Americans cannot afford anything beyond ill-fitting dentures that need layers of adhesive to stay in place. Denture cream labels suggest a recommended dose but do not warn against the potential for zinc poisoning. In the absence of fair warning, consumers risk serious health problems, including copper depletion and neurological disorders.

Tribune newspapers began the New Year with an update on the zinc issue, reminding consumers that optimum health requires balanced levels of zinc and copper. "Everyone pays attention to zinc deficiency, and we need to get the story out that that's there," says Jane Flinn, a psychologist at George Mason University in Fairfax, Virginia. "But that doesn't mean we need to gobble up boatloads of this stuff."