People who use Fixodent and other denture adhesives may be aware of the risk of denture cream zinc poisoning. What they may not realize is that denture adhesive zinc poisoning has been shown to cause neurological damage—some of it irreversible—and that it is very easy to ingest excessive amounts of zinc. 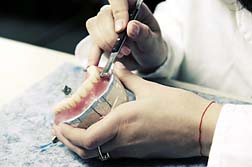 According to an article in the Los Angeles Times on December 21, zinc can be found in supplements, cold medicines, denture creams and fortified foods. And although zinc deficiency can create problems of its own, zinc poisoning can cause memory loss, nerve damage, copper deficiency and other neurological issues.

At least one lawsuit has been filed against the makers of certain dentures. The plaintiff argues that her denture cream caused her neuropathy, and that she would not have used the denture cream if she had known about the risks.