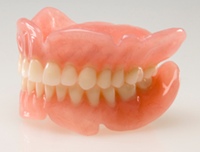 The Food and Drug Administration (FDA) is warning the public about overuse of zinc-containing denture adhesives and associated adverse events such as nerve damage and numbness. The warning was prompted by case reports in the literature as well as the agency's own adverse event reporting data, showing a link between these side effects and chronic use of zinc-containing denture adhesives.
Read [ FDA Warns About Zinc-Containing Denture Adhesives ]

GSK Reported to Have Paid $120M in Poligrip Settlements 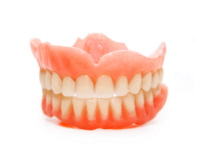 According to a report on Reuters.com the maker of Poligrip products, GlaxoSmithKline, has paid at least $120 million to settle claims that allege the denture cream causes or caused neurological disorders.
Read [ GSK Reported to Have Paid $120M in Poligrip Settlements ]

According to a recent study conducted by researchers at the University of Maryland, denture cream and adhesives can cause zinc overdoses, potentially leading to serious neurological damage.
Read [ Study: Denture Cream Can Cause Zinc Overdose ]

It was on February 8 that investigative reporter Chris Cuomo held up a thick sheaf of papers comprised of 360 adverse reaction reports that had been submitted to the US Food and Drug Administration (FDA) with regard to Fixodent zinc poisoning.
Read [ Did Embarrassing Media Exposure Motivate FDA to Act on Denture Cream Zinc Poisoning? ]

A report published in the March/April 2011 issue of the journal General Dentistry warns dentists to be careful about exposing patients to denture cream zinc poisoning. The paper comes after warnings about the risk of denture adhesive zinc poisoning when patients use too much product that contains zinc, such as Fixodent denture cream.
Read [ Researcher Warns About Risk of Denture Cream Zinc Poisoning ]

Is There a New Wrinkle in Denture Cream Zinc Poisoning?

Concern over Fixodent denture adhesive and other denture creams containing zinc has been top of mind for denture wearers for some time now, culminating in a letter reportedly sent to the makers of two popular brands of denture cream by the US Food and Drug Administration (FDA) in late February. The regulator reportedly called on GlaxoSmithKline and Procter & Gamble to remove zinc from their denture cream formulations. The Windsor Star reported March 3 that Health Canada, the Canadian health regulator, had endorsed an announcement made by GlaxoSmithKline to health care professionals with regard to overuse of denture adhesive.
Read [ Is There a New Wrinkle in Denture Cream Zinc Poisoning? ]

A class-action lawsuit including plaintiffs from across the US was recently filed claiming Fixodent zinc poisoning caused permanent damage to their nervous systems, KCRA.com reports.
Read [ Class-Action Lawsuit Filed over Fixodent Zinc Poisoning ]

From a public relations standpoint, it couldn't be any worse. Not only does Fixodent denture adhesive still contain zinc (which has been found to harm people when used in excessive amounts), it has been discovered that the release of important research that may have succeeded in spreading the word more quickly was unnecessarily delayed under questionable circumstances.
Read [ Peer Reviewer Accused of Conflict in Fixodent Zinc Poisoning Study ]

A man from Decatur, Illinois, recently came up with a 3-in-1 dental tool that could be a potential replacement for Fixodent denture adhesive, which can cause zinc poisoning.
Read [ Illinois Man Invents Potential Substitute for Fixodent Denture Adhesive ]

The denture cream zinc poisoning debate can be summed up in the disconnect between what the manufacturer advocates as "safe and effective when used as directed"—and basic human nature that suggests more is better. Eat more vegetables. Spend more time at the gym. Brush your teeth longer, and use plenty of toothpaste. And when you have dentures and want to look your best…well, it never hurts to use a little bit extra, does it?
Read [ Fixodent Denture Adhesive: Never Discount Human Nature ]
Page: 1  2     Next»