A company with a reputation for denying legitimate claims and throwing the lives of well-meaning policy holders into chaos has again been honored with an award recognizing its commitment to the health of its employees. Unum took home a Best Employers for Healthy Lifestyles award from the National Business Group on Health this month, its third such win. 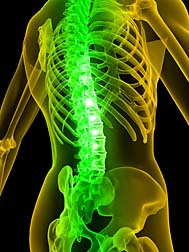 This Jeckyll-and-Hyde personality trait inherent with the nation's largest insurance provider makes for an interesting, if not troubling twist as reports keep coming in from consumers and policyholders shaken to the core by Unum's alleged efforts to deny their claim, or berate them over the continuation of payments for legitimate needs.

Richard, who writes from Mt. Pleasant South Carolina, recalls the time when he was working 14-hour days as a manager in the logistics industry. While he was working those 14-hour days, he was always careful to make his LTD payments to UnumProvident (now Unum).

Now, he needs that policy thanks to a back condition that worsened to the point where he needed surgery, a procedure that apparently didn't go well. Today the man suffers from arthritis, osteoporosis, bone spurs, has steel rods and screws in his spine and suffers debilitating pain daily. For that he takes 60 mg of Oxy Contin per day, as well as Percocet and Zanaflex or Valium as needed for spike pain or muscle spasms.

It is obvious this man cannot work. However, not to be outdone Unum asked for an update from his surgeon April 10th, which was duly sent. On April 30th Unum called to say they had yet to receive the report, so Richard faxed it over to them on the spot. Unum's response, according to Richard, was to request an assessment from yet another orthopedic surgeon, in spite of a sheath of letters, reports and copies of all MRIs in their possession. Richard is afraid he'll be cut off and, without income and the ability to work, will have to sell his home and exhaust his life savings, just to live.

Garry Field, an Unum policyholder from the UK, was cut off from an Unum subsidiary, but he appealed after they dumped him, and won.
But six months without income for a man suffering from depression was not a good thing. After he was diagnosed with depression in 2004, a permanent health insurance policy set up by his employer kicked in, only to kick back out in December of 2006 after about a year of payments.

Unum was involved in that claw back, thanks in part to an evolution in ownership of the policy. Swiss Life, which had originally underwritten the policy, was acquired by Resolution in 2005. Resolution then merged the R&SA and Swiss Life operations to create Phoenix Life, and appointed Unum-owned Claims Services International (CSI) to administer its existing policies.

Enter Unum through CSI and bingo; Field's payments were stopped. According to Field CSI told him that it had cancelled his policy based on medical information they had seen, but the wronged policyholder indicated they would not tell him what that information was, and refused to deal with him directly. Field appealed the cancellation of his policy with information from his psychiatrist and won his coverage back, complete with back payments for the six months he was without income, but the experience left him with added stress and caused a worsening of arthritis in his hips, requiring a double hip replacement in May of last year.

He has taken CSI and Phoenix Life to an employment tribunal for allegedly breaching the Disability Act (1995) and is awaiting a verdict. During the six months he was without income, he exhausted his savings and very nearly defaulted on his mortgage. "I feel severely wronged," he says. "I have suffered serious physical and financial stress as a result of the company's appalling administration process."

Richard from Mt. Pleasant writes that "when I asked how am I supposed to get a job, much less one just like I had, when I am in this position, (Unum) told me that is not their problem. I'm glad I made those premium payments for 20 years. What a company…"

More News
A company, that has just won a national award for having happy, healthy employees. It would be interesting to note if those same happy, healthy employees have Unum as underwriter for their own, personal long-term disability policy, given the company's past misdeeds and alleged current conduct. UnumProvident was at one time accused of saddling their employees with monthly targets and quotas relating to disbursements. While most companies bestow revenue targets on their people, UnumProvident allegedly required their employees to meet specifiic targets for payout reductions, achieveable only by reducing payments, or even cancelling policies altogether. The move certainly would have succeeded in getting questionable, and fraudulent claims off the books—and there will always be those who try to cheat the system and obtain insurance payments to which they are not entitled.

However, UnumProvident was accused of taking this one sinister step further, through the alleged harrassment of well-meaning policyholders with legitimate claims. Any payment that is cancelled, or even stopped for a time, translates to a saving for the company.

Two years ago UnumProvident became Unum, and promised it was a new day. However, according to the recent comments of Unum policy holders, the company is still going out of its way to avoid paying.

Congratulations, Unum on being named a Best Employer for Healthy Lifestyles. One has to wonder what would happen if any of your employees wind up on long-term disability…