While Unum Group strives to grow its business and improve its reputation plaintiffs continue to sue for denial of long term benefits.

With a new year comes a new lawsuit against Unum Group, after a plaintiff from the Philadelphia area brought a complaint against the global insurance juggernaut. At issue in the Unum lawsuit is the abrupt termination of long term disability benefits by the insurer, allegedly without just cause. 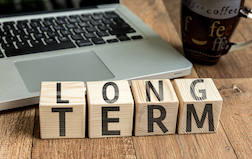 The Penn Record (01/09/18) reveals that according to Court documents plaintiff Rahelamma Abraham became disabled in 2014 following a diagnosis of wet age-related macular degeneration of her right eye. Abraham – who hails from Morrisville – carried short-term and long-term disability coverage through Unum Group, formerly known as Unum Provident and First Unum. Unum is based in Chattanooga, Tennessee.

In normal circumstances, short-term disability benefits are paid when an insured becomes disabled. Long-term disability kicks in once the usual window for short-term benefits closes, together with input from doctors and medical professionals as to the depth and breadth of the disability, its likelihood to continue, and the establishment of a sound medical case that supports the need for long-term disability benefits provided the insured qualifies according to the language of the policy at hand. A policy is, in many ways a legal contract between the insured and the insurer.

More UNUM News
According to the Unum disability claims lawsuit, Unum unilaterally denied Abraham’s long-term disability benefits at the conclusion of that month. The plaintiff was without benefits from November 30, 2016 to present day.

Abraham, in her Unum disability claim, opines that the defendant – Unum Life Insurance Co. of America – unjustly terminated her long-term disability benefits in spite of expert medical opinion provided by her doctor with regard to her ongoing disability.

Abraham, in her Unum long term disability insurance lawsuit, is seeking compensation in excess of $150,000 from the insurer, as well as interest and costs.