One of the largest health insurers is back in the news, allegedly up to its old tricks of bad faith insurance tactics. Three Unum policy holders claim that their disability benefits were wrongfully terminated, according to their lawsuits. All the complaints were filed in California in June. 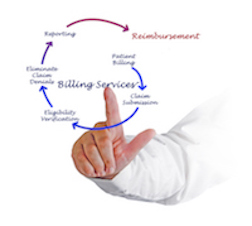 June 27:: Denise Alsandor-Wiley filed a complaint against Unum after her benefits were terminated in February after receiving benefits from Unum since she became disabled in 1999. U.S. District Court for the Northern District of California case number 3:17-cv-03679-SK.

June 19: As did Torrens, Marta Bonnin claims that her medical records met Unum’s criteria of disabled, as per her policy. She filed an Unum disability insurance lawsuit after her benefits were terminated in August of 2016. According to Bonnin, Unum Life Insurance Co. of America and Hinderliter, Dellamas & Associates Plan failed to provide a reasonable explanation as to why her benefits were terminated. US District Court for the Central District of California, case number 2:17-cv-04513-JAK-JC.

More UNUM News
Why were their benefits denied? According to Unum (and other insurers), after 24 months an employee is disabled if she is "unable to perform the duties of any gainful occupation for which [she is] reasonably fitted by education, training or experience. In other words, for the first two years of benefits, an employee is "disabled" if she cannot perform her regular job. After two years, an employee is disabled only if she cannot perform any occupation. Unum has "sole discretionary authority to construe the terms of the Plan and all facts surrounding claims" and to make benefits determinations.

So, the above plaintiffs were likely overdue for Unum’s cutting board.

Unum’s philosophy has always been – as far back as 1994-- to “Close the Claim”. A CBS 60 minutes investigation and subsequent report found that the company established a quota for denied claims and actually offered incentives to employees who denied valid claims from policyholders. Despite court actions hitting Unum with stiff penalties, forcing it to reassess denied claims and ordering pay back to some of its wrongly denied policyholders, Unum is practicing bad faith policies again, according to court documents.

Click to learn more about LawyersandSettlements.com
LawyersandSettlements.com - A trusted, independent legal news provider bringing quality news and information on all legal cases and lawsuits filed in United States of America to its readers since 2002. Over 250,000 legal help requests including Insurance Cases, Consumer Frauds, and Financial Cases have been forwarded to lawyers all across to the country.