Unum Taketh and Giveth Away

While Unum, or Unum Provident, gives with one hand, it takes away with the other. The giant insurer recently declared it contributed nearly $12.7 million and its employees volunteered more than 88,000 volunteer hours to charitable organizations in 2015. Perhaps Unum is so giving because it makes huge profits by denying it policyholders long-term disability benefits. 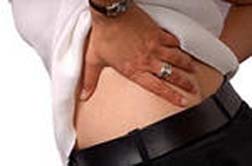 “Unum has a long and proud tradition of giving back to our communities and making an impact on those who could use a helping hand,” said Joe Foley, senior vice president in a press release. Try telling that to Mary or Susan. Both women had their benefits terminated because Unum refused to acknowledge fibromyalgia as a disability, and it continues to do so.

A woman in New Orleans filed an Unum lawsuit earlier this year. Brenda Andrus, a case manager at the Opelousas General Health System Medical Center before she became disabled due to numerous medical conditions, is suing Unum for damages, including past and future disability benefits, and more (U.S. District Court for the Eastern District of Louisiana Case number 2:16-cv-01112).

Despite providing Unum with detailed medical documentation showing she has been diagnosed with sarcoidosis (an inflammatory disease), hypercrapnic respiratory failure, chronic bronchitis, low back pain, severe fatigue, diabetes, lymphadenopathy and hypertension, Unum says Andrus can work in another type of job. Andrus is seeking a jury trial.

Perhaps Unum’s employees can spare a few of their 88,000 volunteer hours to charitable organizations and spend more time assessing medical reports, or even visiting their policyholders to determine whether they are indeed disabled. Instead, Unum typically hands over claimants’ medical reports to one of its independent medical examiners who has the power - from a desk - to terminate benefits.