Shares of the insurance company Unum Group dropped by a margin of nearly four percent on February 7, a day after the firm reported a $425.4 million loss in its fourth quarter, according to The Associated Press. 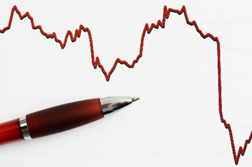 The news outlet reported that the company noted it lost $1.45 per share in the quarter. During the same period in the previous year, the company reported earnings of $0.71 per share, showing the drop that occurred at the end of 2011.

The AP reported that Unum said its fourth-quarter results were affected by an "after-tax" charge of $561.2 million for ending new group long-term care insurance contracts.

Chief Executive Officer Thomas Watjen said that ending the new group long-term contracts was costly, but was part of the company's long-term strategy to focus on markets that may offer the best returns for Unum.

"We are well positioned financially to take this action, and this decision does not impact the general financial guidance we have provided for 2012," the executive said in a statement.

The company expects after-tax operating to grow between six percent and 12 percent on a per-share basis during 2012, but it did not provide a specific projection of net revenue or income for the year, according to the news outlet.

Seeking Alpha reported that the insurance company has been downgraded to a neutral rating from a buy rating due to uncertainty regarding its capital deployment. Goldman Sachs noted that Unum has less interest rate sensitivity and the company's management expects headwinds to its top-line opportunities due to an absence of wage inflation or payroll extension.

The news source reported that there is a distinct possibility of losses in Unum's disability business in the US. According to reports, the Department of Labor mandated that Unum Group was acting unfairly and unjustly in 2005, and that the company needed to resolve its bad faith practices.

If you or a loved one have suffered losses in this case, please click the link below and your complaint will be sent to a drugs & medical lawyer who may evaluate your Unum claim at no cost or obligation.
Request Legal Help Now