Unum Still in Denial as Unum Lawsuits Continue to be Filed

Despite the fact that federal government officials accused Unum Life Insurance Company of America of deliberately denying valid claims as a business strategy and fining them millions of dollars, Unum’s bad faith tactics carry on. 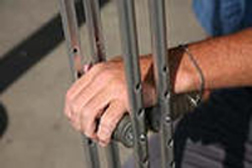 A Texas woman filed a Unum lawsuit last month against the giant health insurer alleging she was denied benefits. The suit cites breach of good faith and fair dealing, violation of Texas law, violation of the Texas Deception Trade Practice Act, negligent handling of claims and breach of contract. Cynthia Ann Bland filed a long-term disability claim for a work-related injury that was at first accepted by Unum but later denied. The Texas woman is appealing the denial, alleging that Unum has misrepresented her medical condition. She is seeking damages in excess of $1 million (Jefferson County District Court Case No. D195-55).

Last year a Unum policyholder suffered a closed head injury and a back injury at work. She filed for long-term disability benefits (LTD) under her work plan but Unum denied her. After no luck with the appeals process, she found an attorney and sued Unum. The trial court reviewed the administrative record, Unum reconsidered and awarded her benefits (Ciaramitaro v. UNUM Life, 2013 WL 1339076 [6th Cir. 2013]).

Another Unum tactic, and one that is illegal, is to demand reimbursement from policyholders who have accepted social security disability benefits, as per Unum’s requirements. This nasty little tactic makes the policyholder apply for benefits, and once received, Unum claims their policy provides no double-recovery of benefits. For instance, James Kinsey, a former NBA referee, was sued by Unum in 2012 for reimbursement of disability insurance benefits to the tune of $105,337.

More UNUM News
However, in 2009, a federal court fined Unum for making its disability recipients file false social security disability claims, even if the policyholder was not entitled or eligible for Social Secuity Disability. The court found that Unum violated the False Claims Act and fined the company $11,000 for each violation - the fullest amount of civil penalties allowed by the False Claims Act.

Evidence at trial showed that Unum’s general policy required LTD claimants to file an application for SSDI after they had been disabled for six months, regardless whether they met the Social Security Administration’s requirements. A former Unum employee testified that Unum “would say to the insured, if they believed that the disability was going to last more than six months, they would tell them that they needed to apply for Social Security Disability...It was just simply a duration analysis” and other eligibility requirements were not considered (UNITED STATES OF AMERICA, ex rel. PATRICK J. LOUGHREN, Plaintiff, v. UNUMPROVIDENT CORP., et al., Defendants).

Posted by
Admin
on May 13, 2014
Hi Anonymous, We've corrected the headline--you are correct that the "fines" in the original headline related to the 2009 fines--however, Unum is still paying for its wrongdoings--it just goes by other names--award, verdict or settlement. While we take ownership of our misprints and correct them, sad that some insurers have a hard time doing the right thing. Thanks for pointing out the misprint.
Posted by
Anonymous
on May 12, 2014
Interesting how you say "more fines" but all of the references to fines are from 2009. Sham on YOU for slanderous journalism.