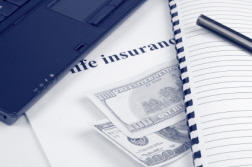 For the three-month span that ended September 30th, Unum posted a net income of $220.8 million, compared with $221.1 million in the same period a year earlier, according to the news provider.

However, revenue for the provider increased approximately 1 percent from last year to $2.53 billion.

The overall profit decline reportedly reflected the reduced net realized after-tax investment gains. In the third quarter of 2010, Unum booked $1.1 million in gains while it amassed $14.9 million in the same quarter in 2009, according to the news source.

The company's Unum US segment posted an operating income of $204.7 million, which was up 4 percent from last year.

Unum Group also announced recently that it has launched a new customizable individual disability insurance product, the Income Series 750, which the company hopes will give employers more flexibility to meet the individual needs of their employees.