Officials in a Pennsylvania town want former commissioners to reimburse the municipality for the Unum insurance policy they held on to after they left office. 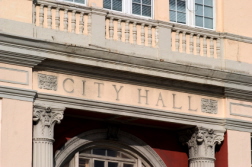 In July, town resident Donald Bottman told the board of commissioners that former commissioners Harold Hazelbaker and Carl Russell were still on the town's Unum Life Insurance policy, according to the Monessen Valley Independent.

More UNUM News
Bottman, a former town commissioner himself, said that he asked the Hazelbaker and Russell to stop their insurance benefits in November. He also said that he discovered the two were still on the policy while he was looking over papers he got at a municipal building.

At a recent meeting of the commissioners, a motion was passed stating that the Unum insurance policy "be continued with the exception that the two ex-commissioners on the policy be responsible for reimbursing the township for their portion of the premium," reports the news source.

Commissioner Brian Sokol told the news provider that Hazelbaker and Russell had last served on the board in the late 1990s.

The two former commissioners are listed on the Unum insurance policy with premiums of $10.60 a month.