Unum is working to distance itself from its unsavory past, but it's hard to escape the details that are emerging from various lawsuits brought by disgruntled and distraught Unum insurance policyholders who allege to have been wronged by the massive insurance provider. 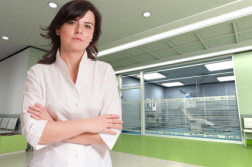 Trial lawyer William Turley of San Diego, who sits on the Board of Governors of Consumer Attorneys of California, notes that Unum, UnumProvident, Provident Life, and Paul Revere companies have been named in nearly 5,000 civil actions concerning insurance from 2000 to the present.

In one recent trial in Federal Court, Unum Provident was found to have addressed a concern in the early 1990s that claims against occupational insurance policies threatened to put the company at risk. It was found that the company moved from maintaining a claims payment policy to one of claims management.

The firm adopted a variety of tactics to manage claims, including discouraging the use of independent medical examinations in favor of using its own medical staff, who might be persuaded to toe the company line.

Round table reviews involving medical staff, claims personnel, vocational staff, legal counsel and management personnel focused on high indemnity claims and how to manage them to the company's advantage. Notes taken at the meetings were destroyed.

More UNUM News
Turley notes that in some cases Unum put the burden on the insured to prove that their claims were valid—even though it is an insurer's responsibility to investigate the validity and accuracy of a claim in a reasonable and fair manner without becoming adversarial and without basing decisions on mere speculation.

According to facts uncovered from one trial, Unum targeted claims based on emotional or nervous disorders, Fibromyalgia or Chronic Fatigue Syndrome—conditions that are subjective and difficult to prove with hard medical evidence.

The company viewed such conditions as affording high potential for resolution in the company's favor, based on the vulnerability of the claimants, and a hoped-for cancellation of a Unum long-term disability insurance claim or similar claim against Unum.