Beware of the Unum Questionnaire

While it has been noted that Unum has been improving its customer satisfaction ratings—this, according to Zacks Investment Research—there are still those who harbor frustration with the life and disability insurance juggernaut. To that end, blogger Linda Nee, a former Unum employee, shares the situation of one Unum insurance client and cautions about the role of policyholder surveys. 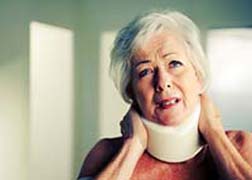 The latter, Nee warns, should not be taken lightly.

To that end, a key component of any questionnaire in the insurance industry—and this is not limited to Unum Group—is whether or not a policyholder and claimant is capable of "sedentary work." This term is broadly defined according to the US Department of Labor definition of sedentary work capacity, as "the ability to exert up to ten pounds of force occasionally, sitting most of the time and walking and standing are required only occasionally."

It behooves the insurance industry to prove that a claimant is medically incapable of sedentary work. However, given such a broad definition for the capability and capacity for sedentary activities, it's possible for an insurer such as Unum life insurance to make a case for defying benefits because, for example, the claimant has identified they are capable of gardening, for example.

This is the point Linda Nee makes in her blog posting of January 9—and she makes her point through the eyes of a registered nurse in New Hampshire whose benefits were cut off after 60 months, thanks in part to a routine questionnaire the claimant filled out that included queries about her daily activities.

The claimant soon received notification from Unum that "…you (the insured) have reported being able to do chores, use the computer and drive/ride in a car, …these activities demonstrate the ability to perform sedentary work."

Nee cautions that insurance companies, including Unum, ask these questions for a reason and are not doing so out of a genuine interest in your well-being.

"Do you really think questions like, 'Describe your activities on a typical day,' 'What are your hobbies?' and 'Do you mow your lawn or garden?' are included in the questionnaire because Unum is really interested in your well-being?" Nee asks rhetorically.

"The strategy I remember most from my days as an Unum employee was the requirement of asking the claimant whether he/she had sex, especially cardiac claimants who had a CABG (coronary artery bypass graft). Even though such questions are NOT relevant to any disability policy [author emphasis], all claimants answer the question thinking their benefits will be denied if they don't respond."

More UNUM News
Another so-called fishing question apparently employed by Unum disability insurance and others is the claimant's capacity for, or role in, doing the family laundry. To wit, the ability to carry ten pounds of laundry up and down the stairs can and has been interpreted by the industry as having the capacity for sedentary work.

"Using the same logic, Unum also considers traveling to an alternative home in another location, mowing the lawn, gardening, babysitting grandchildren or children, and having a baby while on disability, to be the equivalent of performing a sedentary job," Nee says.

The former Unum insider cautions that questions with regard to daily activities have little to do with policy provisions or satisfying the terms of "disability" in an Unum long-term disability insurance policy. "There is a reason why these questions are being asked and now you know the reason," Nee cautions. "Take great care with Unum's questionnaires."

Posted by
Bill Kruse
on January 18, 2011
Of course, there's no actual real-world jobs that call for this, are there? It's juat a made-up term invented solely for the purpose of denying disability claimants their rightful and needed benefits. No wonder the UK government got Unum in to consult on setting up the absurd ATOS medicals.