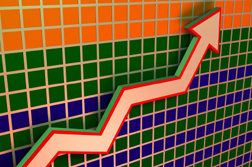 According to The Associated Press, the Tennessee company posted a net income of $229.8 million, at 75 cents per share, as opposed to $209.7 million at 63 cents per share the year prior.

The figure for the disability insurance provider beat the expectations of most analysts, who had predicted an average of 72 cents per share, the news source said.

The strong results reportedly included investment losses of $2.2 million, which compared very favorable to the $18.9 million lost in 2010.

Unum's profits rose higher than expected during the second quarter despite the fact that the insurance provider is still in the process of resolving a number of lawsuits leveled against it. In most cases, the lawsuits filed against Unum have claimed that the company ceased providing benefits or refused to offer them despite the fact that the person was suffering from a certain disability.

The profit increase also comes after a recent meeting of insurance executives from around the country determined that approximately two-thirds of workers do not have disability protection.

According to the Chattanooga Times Free Press, Unum CEO Tom Watjen said at the meeting in Washington, DC, that he hoped a recent report showing life and disability insurers save taxpayers approximately $4.5 billion per year will prompt "meaningful conversation" in the nation's capital.

More UNUM News
"We need to do a better job of education as an industry," he said. "The more the private sector can provide solutions for individuals to protect themselves at a relatively low cost, that can have a very positive effect on things like Social Security and other issues that are being debated right now."

The news source reports that an economic analysis of the effects of life and disability insurance suggested that the majority of workers do not save enough money themselves to cover families if a disability or life-threatening incident takes place. Some citizens, including disabled Tennessee carpenter Terry Harmon, say that even those who qualify for the insurance may have a difficult time actually receiving it.

"They gave me one check, then they stopped it," Harmon told the news source. "They say I didn't pay in enough from the 10 years prior to my filing."