Lucy was diagnosed with vertigo and First Unum, her medical insurer, recognized it as a valid condition. "My first long-term disability check arrived in January of 2007 and continued until December, 2007," she says, "but Unum denied my claim when their doctor—someone I had never seen—said I could return to work."

As soon as Lucy (not her real name pending a possible lawsuit) was eligible for disability --she had to wait three months because her company didn't offer short term disability—she started to get checks from Unum. 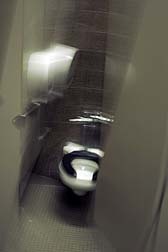 "In August, one month before I made the claim, I went to my doctor because I was nauseous and dizzy; I couldn't even drive," says Lucy. "It was so bad that I wound up in ER. They ran tests and thought I had sinus problems but nobody could figure out what it was. I wasn't correctly diagnosed until one month later when my primary doctor did more tests and determined that I had vertigo.

Next up, I had an MRI and was sent to an ear, nose and throat (ENT) specialist who explained to me the different causes of vertigo. Apparently there are several types of vertigo: one is that the crystals in your inner ear can get out of whack.

All this time I was filling out paperwork for Unum. The doctor wrote up on Unum's medical form that I wouldn't be able to work for at least six months. My job required me to drive at any given time which made work impossible. I even had to get my co-workers to drive me home and leave my car at work. It was putting a toll on my friends and family.

The first time First Unum sent me an 'attending physician's statement' was in September, 2006, when I was first diagnosed with vertigo. Then I received another one (because the doctor said it would take at least six months to return to work) in April. I took the form in to my doctor and he wrote that I could not yet return to work.

Six months later, a doctor from Unum called my primary care doctor, asking what was going on with me. My doctor said he was treating me for anxiety—which was a pre-existing condition-- and it was under control. He said that the ENT doctor was treating me for vertigo. But he made a mistake. It gets a bit complicated from here: as it turns out, the next day I had an appointment with my primary doctor's nurse practitioner and she made an addendum to his report that I still had vertigo. On my medical record, she stated that I still could not return to work.

But Unum denied me. My doctor restated that I was being treated for vertigo after I told him that my disability was cut off. The person I was working with at Unum said he would re-submit forms. However, Unum said it looked 'fishy' because the nurse wrote this addendum.

Unum said I was denied because I had a pre-existing condition. Then they sent me to an independent doctor. In his record, the Unum doctor suggested that I need checks done for balance and I should have further tests to determine why I had vertigo.

But another doctor at Unum said I could go back to sedentary work-someone I never even saw. In other words, Unum's doctor trumped the independent doctor. He said that, unless I was a fighter pilot, I could go back to work. I received my last check from Unum in December, 2007. Currently, I am waiting to get more tests and then I will appeal."

First Unum is backlogged with appeals from people like Lucy who have been denied or cut-off from long-term disability benefits for one reason or another. Unum's tactic of using their own doctor to deny a claim is practicing in bad faith practice. Using biased medical exams that deem someone fit to work even against the advice of their treating physician is one of their biggest ploys to deny a claim without justification.

More News
Between 2004 and 2005, Unum Group reached legal settlements with regulators and agreed to review hundreds of thousands of disability insurance claims that it had rejected and to change its medical review process by considering treating physicians' opinions.

Almost one year ago, the Los Angeles Times reported that

However, according to the LA Times (April 12, 2007), Unum has reviewed fewer than 10% of the 290,000 claims eligible for a second chance, including 25,000 in California. Unum replied that only a small percentage of cases were reviewed because most worker claimants chose not to reopen their cases; instead claimants apparently accepted the company's decision.

But Unum said it expected to overturn about 9,000 cases nationwide and pay $478 million in claims. That is yet to be seen.

People denied their disability benefits don't know where to turn when they have been cut-off from what is rightfully theirs.