Sixteen years ago, Diane says she couldn’t have asked for a better life. “I was on the top of my game, on top of the world.” But she got sick and one bad situation led to another. Unum, or Unum Provident was a very bad situation… 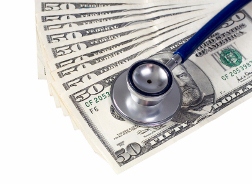 “I wound up in hospital with viral meningitis, soon after my office was sprayed with pesticide,” Diane says. “I remember getting into my car to drive home in a complete daze. Next thing I remember, my boys were trying to wake me up. They called 911.”

Diane was diagnosed with systemic lupus, an autoimmune disease. And she had level 4 kidney failure, which is one step away from dialysis. She was “pumped full of prednisone” and slowly got better, but it left her disabled. Diane was fatigued all the time, and her brain was in a fog so that she had little cognitive sense. Fortunately, her family rallied around, and a nurse often came to the house. Unum’s short-term disability benefits turned into long-term benefits.

“I had to get used to having this disability forever, but I wasn’t worried financially because my long-term disability policy states that I am covered until I reach 65,” says Diane, who is 50 years old. “I also applied for Social Security benefits because Unum was only paying 60 percent of my salary. It kicked in three years after I applied, but before I received my first Social Security check, Unum offered to settle, right out of the blue.”

For the past few years Unum had become increasingly difficult. The Unum representative was constantly asking for more detailed medical reports and Diane had to see Unum’s Independent Medical Officer a number of times. Another bad practice tactic was withholding checks. Diane wanted the insurer off her back so she hired an attorney.

“The attorney said I would either have to settle with Unum or go to court. I felt they were all preying on me because I had mental problems,” Diane explains. “My attorney didn’t do much to help. He advised that we just see what Unum offers. The mediator whittled it down to $50,000. I believe I was being taken advantage of because I was so sick and not thinking properly.”

More UNUM News
Diane has a BA in Business Administration and she sits on the City Council. She’s no slouch. She relied on her attorney to make decisions. “Although he was a nice man, I think my attorney was tired with my case, because I kept saying ‘no’ to their offers, and I felt trapped with no alternative. So I walked away with 50K.”

Now Diane is living “by the skin of my teeth” and within three years she will be totally broke. Thankfully, Social Security covers her mortgage, but barely. “I believed in this attorney. I don’t know if he took me for a ride or if I was just stupid at that time. In hindsight, I would never have settled; I wish I had found the right attorney so that I could have refused Unum’s meager settlement.”

Posted by
Lynette Hall
on June 6, 2016
UNUM, claims that they have paid me short term disability payments dated back to 2007. To the best of my knowledge, I do not recall receiving $15,000.00 of short term disability payments. So, I take the initiative to pursue an investigation, They are requesting that I do all the hard work. I am very ill. The bank states that they could not go back that far. I am quite sure, UNUM has those documents on microfiche.

Additionally, I had requested long term benefits, not short term. When, I was taken off of work on medical leave by health services, I was very ill. I had to be admitted to the hospital.... I had went over and beyond my call of duty at work.