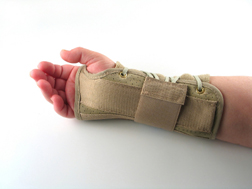 This is how an insurer can practice bad faith. “Unum is looking at short-term disability claims and the attending doctor statements, calling the doctor and asking if the claim is in any way work-related,” says Linda Nee, owner and operator at Disability Claims Solutions (DCS, Inc.) and a former Unum claims handler. According to Nee, it looks like Unum has found another bad faith practice - by denying benefits.

Doctors don’t know why Unum is asking them if the case in question is work-related. The doctor likely has no idea that Unum doesn’t pay benefits if an injury or illness is related to work. “Doctors aren’t in the business of supporting disability and Unum representatives are coached on how to get the answer they want from the doctor,” says Nee.
“In my opinion, that is bad faith.”

For instance, a claimant has carpal tunnel syndrome and her doctor confirms as much to Unum. Given Unum’s questions, the doctor or employer may say her carpal tunnel is work-related but the injury didn’t happen at work. That’s the answer Unum wants. The insurer takes that information, denies the claim and tells the employee to apply for Workers’ Compensation. Of course the employee will be denied because she has a sickness, not an injury.

Here's another example. An employee who has a sedentary job is suffering with low back pain. His doctor tells Unum that sitting in a chair eight hours a day isn’t helping. But there’s a big difference between causation and injury. Say a nurse walks down a hospital hall, falls and breaks her arm. That is a Workers’ Compensation claim. To get Workers Comp you must be injured on the job; it isn’t something that develops over time, even though something on the job caused it.

Unum doesn’t stop there. Claim handlers call the applicant’s employer, asking the same questions they asked the doctor. “This practice is especially egregious to the employer because their experience rating goes sky-high,” Nee says. “Employers may soon notice that their Workers’ Compensation premiums have increased,” adds Nee. “If you have a large company and see a spike in employees applying for short-term disability benefits, you might want to look into Unum.” The more employees apply for Workers Comp, the more money the employer has to pay: the amount increases by the number of employees that apply for benefits.

Costs also trickle down to Workers’ Compensation Boards, who should also look at the increase in applications. Nee points out that, even if the Workers Compensation Board (there is one in each state) denies the claim, there is still a cost involved to process that claim.

More UNUM News
Nee thinks Unum began this bad faith practice in the past month. “Workers Compensation Boards and employers haven’t quite caught on how significant this scheme is,” she says. “I have talked to a few attorneys about Unum, however, and they tell me the insurer is worse today than it was before its multistate settlement back in 2002.”

Perhaps Unum has done its math and concluded that more money can be made by denying its policyholders short-term disability. “The earlier you deny, chances are you won’t have the high cost of that long-term disability benefit,” adds Nee.


Linda Nee is a Licensed Maine Life and Health Consultant with a specialty in management of disability income, employer ERISA claims and Long-Term Care. As a former Unum Life Insurance and UnumProvident employee, Nee now owns and operates Disability Claims Solutions, Inc., a company dedicated to providing insureds with expert disability claim consulting services. Nee is a member of the National Association of Health Underwriters and member of The Society of Professional Consultants.

Posted by
Kelly
on May 14, 2016
These articles are so helpful. Unum is getting about $1000 a year from me. I am a new employee and intend to CANCEL my coverage immediately. If you google unum complaints they are all the same. My HR sold this to me as a great company. Glad I did my research. Adios unum.