Carol has harsh words to say about Unum and with just cause. Even though she has been suffering from invasive cancer and has undergone chemotherapy and radiation, Unum, also known as First Unum, the largest disability insurance provider in the US, has denied her disability benefits. 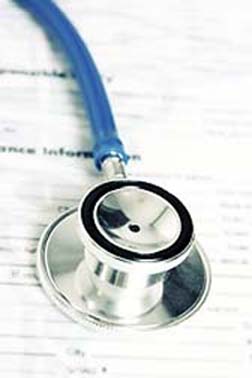 “I thought Unum was supposed to change their evil ways a few years ago, when the federal government stepped in and forced them to re-open claims they wrongfully denied,” says Carol (not her real name). “Clearly, they haven’t changed.”

Carol, along with countless other angry Unum policyholders, claim the Unum Group still employs bad faith tactics to justify denying them disability insurance. Further, a number of former Unum employees turned whistleblowers allege they were retaliated against after complaining that Unum denied policyholders their rightful benefits. This comes as no surprise to Carol.

“Every time I got through to a Unum representative (that was a feat in itself), they denied that I even had a long-term disability (LTD) policy,” says Carol, even though she was sent a letter and application from the insurer asking if she wished to continue paying into her policy after her short-term disability benefits ran out.

“My short-term disability payments ended after six months and that was about the time that my cancer treatments ended,” says Carol, a former nurse. “I tried to return to work but then I was diagnosed with Addisons’ disease, a thyroid condition, and that really sucks,” she says, “so I applied for unemployment insurance.”

After Carol received a few unemployment checks, she realized her health wasn’t going to improve anytime soon so she decided to collect long-term disability benefits from Unum: before she left work, Carol had opted to pay a higher premium - she chose 60 percent instead of 50 percent benefits, which meant she was eligible to collect LTD until she was 65 years old. Carol had just turned 50.

“Every time I called Unum, they said I didn’t even have a policy after I had been terminated,” Carol says. “They made up various excuses, depending upon who I talked to. Unfortunately, getting a copy of my policy wasn’t that easy: Because I had gotten my policy prior to going out on leave, the company that owns the place where I worked had it and they were almost as difficult as Unum.”

And Carol was sick. And Unum was wearing her down, which is a typical tactic they use, hoping she would just go away. But she persevered, and this past January, she finally contacted a Unum rep who said that she did indeed have a LTD policy but it had been canceled by her former employer in December 2012.

“At that point I was so outraged,” says Carol. “I filled out a LTD application anyway and sent it to Unum. About three weeks later, I received a letter from them confirming a short-term disability (STD) application. How could they spin this into STD? Then I was denied due to a pre-existing condition.”

Carol was about to give up - just what Unum wanted. She applied for social security benefits, and of course, they recognized that she is 100 percent disabled. She also found an attorney to take her case pro bono.

“My attorney sent Unum a letter accusing them of so many ERISA violations,” she explains. “At our first meeting, my lawyer called Unum. He simply asked if I had a LTD policy and they confirmed that I did, and that I could file a claim under that policy. Unfortunately, my attorney couldn’t help me past three months and I only have 180 days to appeal. I have to find another attorney in a hurry and that is where I am at now. “

More UNUM News
Even though Carol’s medical reports comprise hundreds of detailed pages of her illness and treatments, Unum is still denying her claim. It includes a note from her doctor that she was given Atavan for nausea after her chemo treatments. Unum turned that into a behavioral issue. “They pull pieces of information out of thin air; they will try to spin anything against you,” she explains. “They are trying to build a case against me, and now they say that I have some sort of psychological issue.

“I have some advice for anyone having to deal with Unum: write everything down, including the names of every Unum rep you talk to during every phone call, no matter how insignificant you think it is. Even better, tape every conversation because different service reps well give you different answers. And if you’re lucky, there might be one occasion when you get someone from Unum who leaks out the information, who tells the truth.”