Keep Appealing Unum and Don't Give Up the Fight

Jimmie, a long-haul truck driver, welcomes the opportunity to talk about how Unum denied his claim and later reversed its decision, but not before making his family's life a living nightmare. "The more the word can be spread about this insurance company and how it employs bad-faith tactics, the better," says Jimmie. "Through my experience, I can see how Unum insurance denials can wear people down." 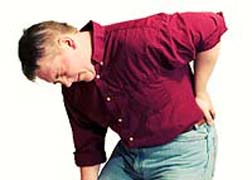 Unum first approved Jimmie's claim, which is surprising in itself because Jimmie had a previous injury that got worse over the years. (One of Unum's most common tactics is to deny a claim on a pre-existing condition.) "I had a previous injury—an L1 and L2 compression fracture—that got worse over the years," says Jimmie. "My spine got so bad that I couldn't lift anything; I couldn't even push the brakes on my truck and I was scared to drive home."

The degeneration of Jimmie's spine progressed because of work, and that is why his claim was approved—initially. (Jimmie now suffers from bulging discs and arthritis, and he is often in severe pain.)

"One day this past April, it was particularly bad," Jimmie explains. "When I got back to the Coca-Cola depot from my route I couldn't walk; I had to get someone to help me out of my truck and into the office. My supervisor and I sat down and I filed an Unum claim for short-term disability (STD) benefits. After 26 weeks, long-term disability (LTD) would automatically kick in. I wasn't worried: Unum would pay 75 percent of my salary:

(I would be paid from work—Coca-Cola Enterprises—and Unum pays Coca-Cola. Although Coca-Cola pays Unum a premium, which I think is above and beyond most other companies, they still put me through the wringer…)

"I had been collecting STD for just three weeks when Unum decided to review my claim. From there on it's been hell. I would send them information over and over again from my doctor, and then Unum required that I have an MRI, which worked in my favor because it showed the severity of my spine's degeneration. But that still wasn't enough.

"I sent Unum more documents and had to see three of their medical examiners, one of whom is a spine surgeon. All three of them said I couldn't return to work. But not Unum. They have a nurse and a 'round-table review,' where this nurse reviewed my MRI and all doctor documentation."

Even though the spine surgeon said Jimmie was not fit to work, and several doctors stipulated no bending and that he couldn't lift anything over 10 lbs., the nurse disagreed! Apparently she reviewed his MRI and, in her infinite wisdom, decided Jimmie should be working. So Unum cut off his disability insurance on June 1st.

"I was shocked with their decision," says Jimmie. "I couldn't see how Unum couldn't agree with my medical reports. I investigated Unum right after they denied me and saw so many class-action and individual law suits against them. If they didn't approve me, I was in for the long haul and I would fight them with an attorney. "

"Right after Unum denies a claim, you get sent an appeals packet, which is filled out by your physician. I returned the packet to three different Unum departments: the appeals department, my Unum case manager and Unum's leave department. I called the departments about three weeks later and no one had received my appeal. Eventually they got it (!) and kept sending notices back to me saying my doctor needed to fill out more forms; they weren't complete. It got to the point that my physician said she couldn't fill out any more paperwork—it was taking up too much of her time.

"My wife and I were getting very depressed; we thought my LTD would never go through. I thought I would have to go back to school and reinvent myself. We were so far behind on bills and worried about having a roof over our heads.

"Up until last week we were living a nightmare. Finally I went to corporate Coca-Cola and every single one of my superiors was disgusted with how Unum was treating me. My wife wrote a letter to Unum, requesting that someone, such as a specialist, review my MRI—not their nurse.

More UNUM News
"Something worked because I got a call from Unum at the beginning of November—the neurologist had trumped the nurse. The lady through the appeals department explained that, after a neurologist reviewed my MRI, they decided to reverse their decision: I would receive back pay up until October, and my claim would be reviewed again.

"Right now my Unum long-term disability insurance is being reviewed, so I'm still not out of the woods. We have learned through this appeals process not to give up.

"Through Lawyers and Settlements, an attorney contacted me; he has won a number of Unum lawsuits for his clients who were denied benefits, and I saw that his firm is very experienced with Unum. Most of his clients' reasons for denial mimic my situation: not enough evidence, Unum didn't agree with my doctors, etc. My attorney said that there is nothing they can do right now because of my appeals process, but if my LTD is denied, I will call their office and I believe they will defend me in a court of law."

Posted by
Cindy Usher
on October 11, 2013
I have battled illness on and off since 2000. I out of work since 2/12/13--fighting infections with various symptoms.
I have now been diagnosed fibromyalgia, CFS, chronic infections, hypothyroid, migraines, now need remove due to nodule. As need a sinus surgery to increasing breathe-hopefully to stop some of the contact port nasal drip. In the past, I would usually have a STD and be able to return to work within weeks or months. Now my ailments are not improving---they are getting much worse! My goal is to be able to return to my work but I have never felt this for so long. I have been working at my current job since September 2001. I want to just feel better. I don't sleep, wake up un-refreshed and in so much pain that I can barely move....please, please help. I set up std & ltd benefits to prepare but Unum has not sent me any payments since 7/8/13. Being a single parent, I have tried struggled to keep our home and feed us. As of today, I have ZERO INCOME. thank you for your time. I am located in Maine.
Posted by
Clarence Johnson
on November 17, 2010
Just a thing to add. Allstate denied my stolen car claim and didnt pay me a dime and treated me like I was a car theif. I have never in my life been treated so badly. Someone steals your car and they act like you did it wow. Still haven't found my car either.
Posted by
Lisa F
on November 17, 2010
I had a similar exerience with UNUM and was terminated from benefits and due to that I was evicted from our home, my car re-posessed and many belongings lost. I went almost 9 months with no source of income with a 1 1/2yr old child other than the mere $550 a month from Welfare to take care of us. I was finally approved for Social Security disability and UNUM still held their position that I am not disabled and should and could work. So, I guess a judge in a court of law working for Social Security and their doctors must all be wrong and UNUM right. I tried contacting many attorneys and noone was willing to help me in a suit against UNUM. I lost so much becuase of UNUM and noone to help me with my issues with them. Now I hear that they have the nerve to come after me for money to pay them back for benefits they paid to me those months that I was approved and becuase Social Security gave me some back pay UNUM thinks they are entitled to it. Can you believe it? If you have the attoenrys information I would appreciate it if you could reply to this posting with the information. Thanks.