"Don't Give up the Fight with Unum"

Beth was denied long-term disability benefits from healthcare provider Unum based on a pre-existing condition—and Unum denied two appeals. Through a lot of perseverance, Beth finally convinced Unum to reverse its decision and pay what is rightfully hers. 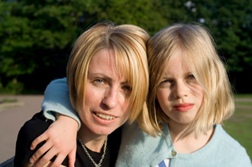 Beth (not her real name), 31, was diagnosed with renal failure in early 2008 and started dialysis shortly thereafter. She was constantly getting strep throat, and a lot of antibiotics apparently caused kidney problems. Beth took short-term disability (STD) benefits and tried to return to work in August 2008. "I tried my best but I couldn't handle both the strain and the dialysis schedule, so I only lasted two months," she says. "I went on STD again in February and applied for long-term disability (LTD) benefits, again from Unum. My employer knew how sick I was and that I couldn't function so they were on my side all the way."

Much to her (and her employer's) surprise, Beth was denied LTD based on a pre-existing condition, one of Unum's typical stall tactics. "Unum said I was treated for edema one month before I started work and that was the cause of my kidney failure," says Beth. "I appealed the decision. I wrote them a letter referring to their policy that states: 'If you have a pre-existing condition that caused or contributed to your illness and you apply for benefits within the first 12 months, you would not be eligible.' But I applied for LTD in the 13th month.


"I almost gave up, I really did. I'm a single mom with two children—my kids kept me going"
"Then Unum backtracked and said that because I received STD and returned to work I had a new effective date. In other words, if I hadn't tried to go back to work, I wouldn't have been eligible. As it turns out, it's a good thing I tried to return to work—and I went back because I wanted to work, not because I was planning on LTD.

"I gave Unum all the documentation and they said my appeal was denied yet again. This time the excuse was because they weren't able to verify with my employer that I was out on an approved leave. I have no idea what that means. I kept telling them I still have my insurance benefits and as far as my employer is concerned, I am an active employee. They told me I didn't have any more administrative appeal. If I didn't agree to their decision, I would have to file a grievance with the Maryland State Insurance Administration, which I did.

"The state assigned my case to an administrator, who pretty much acts as a liaison between Unum and me. Now it's January 2010. Meanwhile, I applied for social security benefits and I was approved, right away.

"In the month leading up to January my employer was in contact with me and asked if I was receiving my LTD yet. He was both puzzled and pissed off—he couldn't understand why not. I think my employer was angry because, although I was on a leave of absence, I was still receiving benefits as a regular employee. Throughout this time, my employer was paying the premiums to Unum for my LTD!

"Eventually they called Unum and that is how the issue finally got resolved. The company I worked for employs thousands and thousands—it wouldn't be wise for Unum to get on the wrong side of my employer. I think it was a joint effort, between my employer's help and the Virginia Bureau of Insurance. In yet another stall, Unum said my policy was drawn in the state of Virginia so Maryland didn't have jurisdiction over it—even though Unum told me to go through Maryland (I work in Virginia but live in Maryland).

"That wasted another few months. I almost gave up, I really did. I'm a single mom with two children—my kids kept me going.

"Virginia sent a letter to Unum asking them to explain why I was denied. At the same time someone at work contacted Unum to let them know that my premiums have always been paid and there was no break in coverage; I was on approved leave; and my effective date should be my hire date—September 2007.

"After speaking with my employer, Unum said my claim would be reopened and re-evaluated.

"I had to go through the process all over again, getting statements from my doctor, describing my disability and more. I filled out over 100 pages of their questionnaire. Unum said I would get a response within 30 days. On the 30th day they phoned and said the decision was reversed and I would get LTD.

"I got retroactive minus my social security benefits. I would advise anyone who has been denied to continue the fight for your rights. And it sure helps to work with your employer. Unum said they are going to call periodically to see if my condition has improved. Because Unum knows my employer is backing me, I am confident that I won't have any more problems."