Susan (not her real name) is employed by the State of Arkansas, and according to her Unum insurance policy, her spouse and children should automatically be covered for health and life insurance. Sadly, Susan's husband recently passed away, and true to form, Unum sent her a denial letter, thereby saving the company $20,000—so far. Susan now has an attorney. 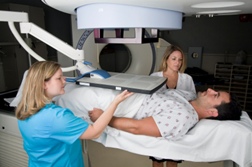 "As soon as I was married, I was guaranteed Unum's life insurance coverage on my husband," says Susan, "and my company chooses the amount of coverage, from $10,000 to $20,000. We were covered for the latter.


"It was a sickening feeling—I couldn't believe it, seven months later they are telling me that my husband wasn't covered for life insurance"
"All I had to do was fill out some paperwork at HR with a copy of my marriage certificate. We were married in May 2009, but in April, just before we were married, my husband was diagnosed with cancer. At that time I asked HR whether I should fill out a certificate of medical necessity but they said it wasn't necessary because my spouse is automatically covered. Unum never contacted me.

"After my husband died I submitted the death claim to Unum. I didn't hear back from them so I called a few months after he passed away, and they said they needed all my husband's medical records. Why didn't they call me and ask for them?

"The Unum representative said they would look over the records and get in touch with me. I called this past January and they were still reviewing them. By February, still no word, so I called again. This time my rep said he was sending me a letter of denial. It was a sickening feeling—I couldn't believe it, seven months later they are telling me that my husband wasn't covered for life insurance.

"Unum said in their policy I was denied because my husband was disabled and after six months he didn't get better. But I was never asked about my husband's health from HR; he automatically got health coverage but they denied his life insurance. When I filled out the policy's questionnaire there was nothing asked about my spouse's health.

"But last September HR sent me a letter from Unum offering 'accelerated benefits.' I could get half of the life insurance benefits now, which amounted to $10,000, and the rest upon death, if it came to that, because he had a terminal illness. We never filled out the paperwork to do that, but I kept the letter. So at one point, Unum accepted that we have life insurance, but then did an about-turn! I would have accepted half if I knew what they were going to do later.

"I don't think they knew in September how much longer my husband was going to last. I believe they offered half because we were going through financial difficulties. Unum told me that they were going to contact HR and get them to refund my money for the portion of life insurance I paid for my husband, as if that is going to help.

More UNUM News
"My lawyer filed a complaint with the insurance department in Arkansas. She contacted Unum first and asked that they forward a copy of my policy. All Unum told her was that my husband didn't get well at the end of six months but they wouldn't send a copy of my policy. She didn't get a copy and I don't have one either. Unum is covering up. I don't know how many other people employed by the state of Arkansas have had to go through this and never did anything about it. It is past time that we do something about Unum's denial tactics.

"Just this morning my attorney morning emailed me and said the state won't investigate when there is an attorney involved. It just doesn't make sense. I am so frustrated, after all these months when I thought we were getting somewhere. My lawyer is working on a contingency so I am hopeful that she can help."