"I Fought and Won, but Unum Had the Last Word"

Vikki was denied her long term disability benefits, but she fought for her rights—Unum (also known as First Unum and UnumProvident) proposed a judicial review and she won. But Unum appealed. "One of Unum's lawyers said to me, 'No matter what part of the process you win, we will continue to appeal until we win or you run out of money,' which I interpreted as a threat," says Vikki. 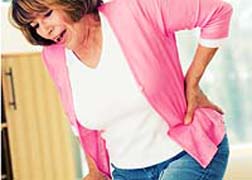 A judicial review means that the facts of the case in dispute are presented by both sides to a judge (in this case, Vikki and her lawyer and Unum with their team of lawyers) and the judge makes a decision, without a court trial. Unfortunately Unum is not even reviewing Vikki's case; it has already been adjudicated and she had a "very bad lawyer," who is likely guilty of legal malpractice, but that's another story…

As for the threat, "We had a mediator—a retired judge—and he heard Unum's lawyer threaten me," Vikki says. "He said it was 'no big deal,' and simply common practice. I was appalled and told the mediator as much, but she [the mediator] and my attorney just sat there silently. When you have money and power in the room, what do you expect? I can prove my case but it doesn't do me any good now—it is well beyond the statute of limitations.

"I was insured by Unum for years at one job and then I went to another job—both had Unum as their insurer. I have a back disability and worked 14 months at the new job before I couldn't work anymore. The Unum policy states that 'If you can meet one or the other of the criteria' you are entitled to benefits. The second criteria stipulated that if I worked for 12 months without treatment, I qualified." So Vikki had to meet only one criteria and the second part applied to her case—she was entitled to benefits, no question. But Unum doesn't always follow the rules, or their own policies.

"Unum claimed that my doctor, when he gave me a minor sedative for a plane flight, was treating my back," Vikki says, exasperated. "They also had their own medical examiner in Tennessee review my records—their doctor didn't see me and didn't even talk to me, but she did write legal arguments in her report! (I have all these documents.)

"I worked until mid-December 1999. In November, we had a union meeting. We couldn't make a change to the policy without a meeting with the union membership, but Unum claimed that a change went into effect in October. This was impossible because a union meeting wasn't held. Unum changed one word in the policy: 'or' to 'and.' My union had no idea that this change was made."

More UNUM News
Of course changing this one word meant that Vikki had to meet both criteria, and Unum was well aware that she couldn't. "Out of a million dollar disability claim, they offered me $20,000; I told them to stick it," she says.

"Interestingly, there was recently a case in New York with a deposition on trial talking about Unum's policy to automatically deny claims that will pay over $3,000 per month. And the longer they deny, the Unum reps get more money—the Unum rep talked about this policy under oath. My benefits would have been $3,200 per month. And of course Unum did not present this in discovery, and neither did my lawyer.

"Have you ever visited an insurance company that was poor? Where does the money come from to build those towering monuments, those spacious offices? There is even a campus in Prairie, Minnesota, bigger than many state college campuses. How can they be so audacious?"