The wildfire that began near a power station in the Angeles National Forest (referred to as the “Powerhouse Fire”) has destroyed 30 homes near Palmdale in northern Los Angeles County and damaged three others. There were no deaths and eight minor injuries reported, as well as minor injuries suffered by five firefighters.
Read [ Powerhouse Fire Aftermath ]

It may have happened 10 years ago, but a fire that broke out in a decrepit housing complex in New York state that took the life of an eight-year-old child still stings—so much so that a state assemblyman continues his quest to have state legislation passed with an aim toward improving current statutes regulating landlords and the buildings under their control.
Read [ Tragic Fire Accidents Can Often Be Prevented ]

More lawsuits have been filed in the fatal fire accident that took the lives of four children. The fire, which happened in February, occurred at day care owner Jessica Tata's home while she was allegedly out. Families were devastated by the fire, and some children who survived suffered from permanent burn injuries.
Read [ Lawsuits Filed in Day Care Fire Deaths ]

The 9/11 responders health bill designed to cover the medical costs of rescue workers and others who became ill after breathing in toxic fumes, dust and smoke during and after the terrorist attacks of September 11, 2001, has been passed by the US Senate.
Read [ Health Bill for 9/11 Responders Passes ]

Father Dies Six Weeks After Fire That Claims His Son

The image on YouTube of DJ Mixx Massacre Mike posing with his three-year-old son is heartbreaking when you realize that both are no longer with us, killed in a fire accident in Pilsen, located on the Lower West Side of Chicago. What is equally heartbreaking is that the video was put up soon after the fire, which killed the DJ's son Michael Cruz Jr. and severely injured his father. The YouTube video was both a tribute and a video "get well card" for the stricken father recovering in hospital.
Read [ Father Dies Six Weeks After Fire That Claims His Son ]

An explosion at a flare-manufacturing plant in Memphis has left six people injured, six of them critically, the Associated Press reports. A large local hospital has reported that three people were brought in to the hospital in critical condition.
Read [ Explosion in Tennessee Injures 6 ]

As residents awaited word that they could return to their homes following the San Bruno explosion, officials announced that skeletal remains had been found in the area of the San Bruno fire. Although the official death toll in the California fire remains at four, the skeletal remains could push that number higher. There are still people believed to be missing in the fire.
Read [ San Bruno Fire: Death Toll Unclear ] 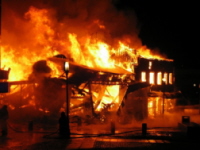 A 2008 fire accident that took the lives of three senior citizens at an elder care facility in California is now becoming a court case after the operators of the facility allegedly failed to maintain a working fire alarm system and allowed one of the residents to indulge in his habit of smoking cigars while in close proximity to medical oxygen.
Read [ Lawsuits Spring from 2008 Fire Accident in California ]

At least six firefighters have been injured in a fire that caused the collapse of a two-story building on the east side of Detroit early Friday morning.
Read [ Six Detroit Firefighters Injured in Burning Building Collapse ]