The suit, which was filed in Florida, claims that Home Depot automatically adds a charge of 10 percent to all rental equipment in order to cover possible damage to the tools. Customers are never told that the fee is optional. 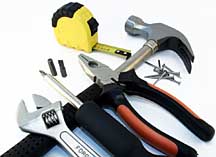 Lawyers for the plaintiffs argue that the 10 percent charge violates Florida's Deceptive and Unfair Trade Practices Act and that state's Uniform Commercial Code.

Plaintiffs are seeking damages for Florida Home Depot customers who rented equipment between 2000 and 2005. They are also seeking an order for Home Depot to stop charging the damage waiver fee.

The suit was filed in the name of Gold Coast Racing, a company that rented equipment from Home Depot. On one occasion, according to the suit, an employee of the company noticed the damage waiver fee and asked that it be removed; however Home Depot refused to do so.

Furthermore, lawyers allege that Home Depot lists the damage waiver fee as a tax rather than as an extra fee.

Even though customers are forced to pay the damage waiver fee, there are limitations to the protection it offers. For example, the damage waiver does not cover loss or damage due to theft, burglary, misuse, disappearance, or failure to properly care for the equipment including use of improper fuel. The fee is also charged on items such as wrenches which are virtually impossible to damage.

The suit also claims that customers are not made aware of the terms and conditions of the contract until after they sign it, meaning that they have to agree to rent the tool before they know the extent of the damage waiver.

Earlier last year an almost identical suit was filed against Home Depot in Chicago. Lawyers in California are considering whether or not to file a similar lawsuit in that state.

If you have been charged for unaccepted damage fee, please contact a [Home Depot Equipment Rental] lawyer who will evaluate your claim at no charge.
Request Legal Help Now

Posted by
david vappie
on September 5, 2017
In Texas: I recently rented a drain snake 1/2inch 75 foot. I was charged 4.40 for the protection. when I arrived at home I realized there was no tips in the bag. Because of time I tried what I could and it seemed to clear. I returned the snake In less than four hours and paid the normal four hour fee. No one at the time of purchase performed any diligent duties to show me how the unit worked as in item number 8 listed on the website. this could have been the time to see that there was no tips in the bag. through dumb trust I find this out few days later when I went to rent the same thing with tips and paid again to do the same thing I had a new one with a cutter which fell off the tip on my first try and fell into my drain. Upon returning it without the tip I was charged 20.00 for the missing cutter tip and told that damage protection did not cover the loss cutter and I was fully responsible and to be lucky it was only a 20.00 charge. I argued that if I pay 20.00 now than I expect home depot can render a discount for the previous rental when they rented me the one without the tips and did not tell me it was without tips. They said to me that they rent them always without tips because it is the customers responsibility to check first and not rent it if they want tips that they don't have. That statement is exactly opposite of written item number 8 of there policy on the tool rental page of their website. in fact they hand out a sheet with the rental agreement that proposes pictorial of all the tips and how they are imperative to the tools proper operation. there is got to be some thing illegal or wrong to charge a 4.40 fee for protection and not get from a company that insist it is not there responsibility to inform the renter that they are renting inadequate equipment for the same price and complete ones. After debating with they supervisor that point I was returned my 20.00 but was strictly told I was not going to get a discount on the previous rental that came without the proper tips and was not told that there were non in the bag. They never conceded to why they willing rent equipment that is missing parts to operate them, don't ever inform the customer and do it at full price and don't even offer the tips for sale to a customer but charge a standard 4.40 damage protection few and state that your covered but your not.
Posted by
anthony
on August 17, 2013
Rented a skidsteer 4 hrs charged 300 deposit
Debited my account 300 but have to wait 3 days to
Get the difference back. And was never asked about
Damage protection but charged for it. ????