A recent federal court ruling means big advantages for consumers. The U.S. Congress passed the Fair and Accurate Credit Transactions Act (FACTA) in 2003 to protect consumers from identity theft. The statute entitles consumers to at least $100 where merchants put them at risk by issuing an electronically printed receipt that shows more than five digits of the consumer's credit or debit card, or shows the card's expiration date.

In signing the legislation, the President declared that: "A growing number of Americans are victimized by criminals who assume their identities and cause havoc in their financial affairs. With this legislation, the Federal Government is protecting our citizens by taking the offensive against identity theft."

The statute was phased in over time, affecting many merchants on January 1, 2005 and all merchants as of December 4, 2006. 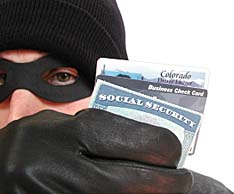 A recent federal court decision in Los Angeles ruled that consumers (and not just the government) can enforce this statute. This consumer right means merchants who don't comply have a serious liability problem. "From December 4, 2006, if a business was not in compliance with the statute, it absolutely has a problem," says consumer attorney and advocate Ray E. Gallo, Gallo and Associates. "Unfortunately, some merchants have not paid attention or have not cared enough about consumers' privacy to comply with the statute. Fortunately, the statute penalizes these merchants. If you have a receipt showing more than five digits of your card number, or the expiration date, it's probably worth $100."

Gallo urges consumers to check their receipts. If you have more than five card numbers printed on a receipt and/or the expiration date is printed, that receipt is probably worth $100. If you have had an identify theft problem, it may be worth more.

Home furnishings giant IKEA is allegedly among the non-complying merchants, potentially leaving tens of thousands of consumers at risk of identity theft. "The first lawsuits against merchants not complying with the statute are currently being looked at by courts including the federal trial court in Los Angeles," says Gallo. "A recent unpublished ruling in the case against IKEA confirms that individuals have the right to sue under FACTA (15 UCA 1861)."

"This is an important statute protecting consumers against identity theft," says Gallo. "It is easy to comply with, and the legislature gave merchants years to comply. Most merchants complied right away and started printing only the last four digits on receipts. Apparently some merchants, big and small, did not pay attention or have not made the required effort."

Gallo and his team are investigating retail merchants that may have violated the statute. If you have a receipt showing five or more digits of your card number and/or the expiration date, he would like to hear from you.

If you or a loved one has suffered damages in this case, please contact a [Consumer Credit Information] lawyer who will evaluate your claim at no charge.
Request Legal Help Now