California to Take a Tougher Stance on Financial Elder Abuse

California is expected to pass three bills that will take a tougher stance on financial elder abuse than existing laws currently do. Those laws, which deal with elderly financial abuse, would not only update the definition of undue influence as it relates to elder abuse, but would also require notary publics to report suspected elder abuse. 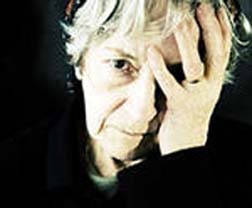 According to Fox 5 San Diego (9/30/13), California Governor Jerry Brown has until October 12 to either sign or veto the proposed bills, which are designed to hold people more accountable for elder financial fraud. Among them are Assembly Bill 477, which would require notaries to notify authorities if they suspect elderly financial abuse is occurring, and Assembly Bill 140, which updates the definition of undue influence related to financial abuse.

In August 2013, Brown signed into law Assembly Bill 381, which allows the courts to award attorney’s costs and fees in situations where seniors are financially abused by people who have power of attorney.

The bills are likely welcome news for people concerned about how California’s seniors are treated, but it may come too late for some. In fact, regulators in California are accused of ignoring complaints of elder abuse. According to a report by the Center for Investigative Reporting (9/9/13; found online at cironline.org) in 2009, the California Department of Public Health told investigators to dismiss approximately 1,000 complaints of elder abuse and theft. This means almost 1,000 cases of elderly financial, physical and sexual abuse have been closed without a proper investigation, according to the Center for Investigative Reporting.

Much financial elder abuse is committed by trusted family members and associates, who are given power of attorney and have control of the senior’s money. Because financial elder abuse is often perpetrated by a family member, many seniors do not report it. Even if they do, because of their age, there is a chance they will have passed away before ever being compensated for their losses.

More FINANCIAL ELDER ABUSE News
PolicyMic (9/13) shares the story of Brian, a senior in California who had close to $200,000 stolen from him by his brother, who had been given power of attorney. Ultimately, Brian learned he had been suspended from Medicare because his bills were not being paid, bills he thought his brother was taking care of. Luckily, Brian lives in a home that will not kick him out, but his savings dwindled from $250,000 to $12,000 and he was told his condo sold for less than half of what it actually sold for. Because of his age and the likelihood that he will not be compensated for his losses, Brian has not pursued legal action.

The recent and proposed changes to California laws concerning elderly financial abuse may have an effect on some seniors’ ability to recover their losses, and may make it more worthwhile to attempt to do so.

Posted by
Velvet Slate
on November 24, 2013
I am currently assisting my elderly Aunt with a Financial Elder Abuse issue against her estranged daughter. There is great difficulty in filing a lawsuit against the abuser if they have no assets to sue for. We were told by several Attorneys in Sourhern California that it could cost up to a hundred thousand dollars to sue!!! Once again the Eldely have absolutely little to no recourse in reclaiming the money taken, unless they are extremely wealthy! Unless the perpetrator has assets worth suing for, the Attorneys won't touch your case..
Posted by
Stephen Bass
on October 20, 2013
If you or someone you know is having problems with elder abuse you or they might be interested in my ongoing story involving police corruption, attorney misrepresentations, financial advisor lies and distortions of truth and the home health aid's false police testimony involving ELDER ABUSE.
Posted by
Y Hall
on October 14, 2013
This is too late to help my Grandmother. My aunt had total control over her and her finances with a power of attorney. Would not let my mom, her sister, have any access to accounts or her social security number. No oversight.
She also had the trust leave my Grandmother's home only to her after she took her to a lawyer she set up. Classic undue influence. Criminals like this should be locked up or at least have their ill gotten gains taken away from them. My mom is too embarassed and intimidated to do anything about it and now my grandmother is gone. Fiduciary oversight would have gone a long way here.
Posted by
Bryan Fiorito
on October 9, 2013
This is a big step in the right direction! Consider hiring a CA licensed fiduciary to manage and oversee your loved ones finances. We have seen far too many cases where the the Power of Attorney is completely misused by family members, handymen, neighbors, and other unqualified professionals.

That was months ago.

Instead, I understand he transferred all assets out of that into a new company and declared bankruptcy!

Where is the teeth of the law?

Posted by
Rich Davis
on October 6, 2013
"Much financial elder abuse is committed by trusted family members and associates, who are given power of attorney and have control of the senior’s money."

Realizing that in any given situation, the abuser is often the person that has the most access to the elder. This may seem like a settle shift but it is a critical shift in thinking.

With families often living at greater distances from their elder parents often a stranger, neighbor, new friend, or even the conservator is the abuser. Yet when family files complaints about the abuse law enforcement often jumps to the conclusion that it is the family that is doing the abuse.

If you don't have access to the elder it is pretty difficult to be the abuse. Each case should be looked out independently with no bias against the family. If there is any bias at all, it should be that the person(s) with the most access is the most likely abuser.