Fentora, Cephalon's new "breakthrough" pain remedy is already in trouble, barely a year since it was approved by the FDA. Cephalon also made Actiq-- a drug similar to Fentora--that was linked to hundreds of drug overdoses and even death. (Fentora and Actiq are both powerful narcotic painkillers containing fentanyl, a man-made opiate.) 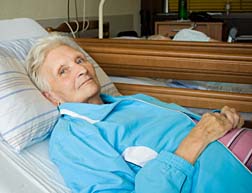 Actiq was approved in 1998 for treatment of severe pain in cancer patients, but it was prescribed to thousands of people for off label treatment of non-cancer related pain. Cephalon got into trouble with Antiq when it marketed the drug to doctors other than oncologists; furthermore, the company admittedly marketed prescription drugs for off-label use - an illegal practice.

Fentora is indicated only for the management of breakthrough pain in patients with cancer who are already receiving and who are tolerant to opioid therapy for their cancer pain. On September 13th, the FDA posted on its [website] a "Dear Healthcare" letter from Cephalon regarding new safety information about Fentora(fentanyl buccal tablet).

Cephalon reported that "Serious adverse events, including deaths, have occurred in patients treated with Fentora," and it then went on to blame improper patient selection, improper dosing and/or improper product substitution.

Cephalon's vice-president, Jeffrey M. Dayno, M.D., said that the drug is indicated only for the management of breakthrough pain in patients with cancer and should not be used in opioid non-tolerant patients. (Breakthrough pain (BTP) is pain that arises suddenly, unforeseen, for short periods of time, and is not alleviated by the patients' normal pain suppression management.)

Why then, has Fentora been prescribed off-label? In its "Dear Doctor" letter, Cephalon warned not to substitute Fentora for Actiq or other fentanyl-containing products, and not to prescribe the pain treatment to patients who are opioid non-tolerant, or who have acute pain, postoperative pain, headache/migraine or sports injuries. Cephalon also said in the letter that it has "revised the patient selection criteria and dosing instructions for Fentora and will be updating its package insert shortly."

For some people, "shortly" was too late.

If a loved one has suffered damages in this wrongful death case, please contact a lawyer involved in a possible [Fentora Lawsuit] who will review your case at no cost or obligation.
Request Legal Help Now

Posted by
Michael S. Walter, Ph.D
on September 11, 2015
I have been in pain management since 1997 after 8 back surgeries including one for a cancerous tumor. I am resistant to morphine based drugs, methadone and oxy-codone has lost its ability to manage the extreme pain which I suffer. I was put on Actiq and Fentora in 2004 which brought immediate control of the exceptionally severe pain which I suffer. Because of the pain and the treatment by non-empathetic physicians I have attempted suicide twice almost succeeding the last time had my son not come into my room to check on me my pain would be forever over. Pain is a serious disease that takes all joy out of your life, takes away your appetite and affects your ability to sleep. I have spoken with several physicians advising them that when the pain again reaches the level it was at when I attempted suicide I will end my suffering and this time use a method that will guarantee success. No person should be forced to live in the level of pain in which I live. They should be allowed a physician assisted suicide if requested. Forcing a human to exist in extreme pain is akin to requiring a person to suffer inhumane punishment because allowing a person to choose death over inhumane pain is considered right instead of understanding what the patient is feeling and allowing them to choose to no longer suffer this punishment. A physician's job is to alleviate pain not force a person to suffer inhumane levels of pain. One of out founding fathers said give me liberty or give me death. I would reword this to free me from extreme pain or release me from life.