Angioplasty TVAM, Doctors and the FDA

Washington, DC: Angioplasty was designed as a safe alternative to open heart surgery, but a procedure using balloon angioplasty devices called transvascular autonomic modulation (TVAM) is not safe, which the FDA has warned of repeatedly. Some doctors, however, believe its benefits outweigh the risks involved. 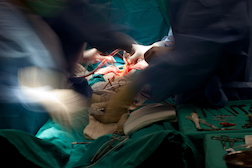 The agency in March 2017 issued a warning to patients with autonomic dysfunction (nervous system disorders), including Parkinson’s disease, multiple sclerosis (MS), fibromyalgia, multiple system atrophy and more, and doctors who use balloon angioplasty devices to treat them. TVAM has not been approved or formally studied and it could put patients at risk of serious complications. But one doctor continues to use the device “off-label”, saying the benefits of this procedure are “usually seen immediately.” He also treats Lyme disease with TVAM rather than antibiotics and explains it in a video.

In September 2016 the FDA put Dr. Arata of Newport Beach, California on notice by way of “Initiation of Disqualification Proceedings and Opportunity to Explain”

(NIDPOE), to determine whether he should be disqualified from receiving investigational products under FDA’s regulations. Arata claims the angioplasty TVAM procedure treats the signs and symptoms of autonomic dysfunction in some neurological disorders, but the FDA says it has no data to indicate such claims. Rather, the agency says that TVAM is an experimental treatment that has been associated with at least one death.

Back in May 2012, the FDA warned of the risks involved with a similar procedure. The same balloon angioplasty devices were used to treat chronic cerebrospinal venous insufficiency (CCSVI). Reports of serious complications included one patient who died from bleeding in the brain and another patient suffered permanent paralysis from a stroke after CCSVI treatment. Are doctors aware of the FDA reports regarding balloon angioplasty and choose to use the device off-label, potentially putting their patients at risk? The agency received a report after this 2012 warning that a balloon ruptured while being placed in a patient’s jugular vein. The device moved to the patient's lung, where it was surgically removed.

More TVAM INJURY News
A warning letter (February 2012) was sent to Dr. Manish Mehta, whose practice in Albany, New York was investigated by the FDA. “The inspection was conducted under a program designed to ensure that data and information contained in requests for Investigational Device Exemptions (IDE), Premarket Approval applications, and Premarket Notification (510(k)) submissions are scientifically valid and accurate. Another objective of the program is to ensure that human subjects are protected from undue hazard or risk during the course of scientific investigations.” The agency found that Mehta had violated a clinical study by failing to submit correct documentation before patients were treated with the balloon angioplasty device.

Back to March 2017: Canadian researchers at the University of British Columbia and Vancouver Coastal Health reported results from a study that involved 104 patients with MS treated with angioplasty TVAM, according to the Associated Press. The patients did no better with TVAM than those without the procedure. And the FDA’s case against Arata is on hold: to be continued…

If you or a loved one have suffered losses in this case, please click the link below and your complaint will be sent to a drugs & medical lawyer who may evaluate your TVAM Injury claim at no cost or obligation.
Request Legal Help Now