FDA and Essure: Rest Un-Assured until 2023

Thousands of women suffering from Essure complications must be reeling from the FDA’s recent announcement: they accepted Bayer’s postmarket surveillance study plan for the permanent birth control device. And the announcement has angered lawmakers. 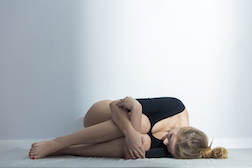 The FDA accepted Bayer’s plan to study two groups of 1,400 women between 21 and 45 years old who choose to be sterilized with Essure or a traditional “tube tying” procedure.

At least one attorney is angered. “This new study does not make sense in light of the black box warning that was added in February 2016,” said attorney and cardiologist Shezad Malik. A black box warning is the strongest warning issued by the FDA, just short of a product recall. “The FDA is aware of thousands of injury complaints by affected women who elected to get the Essure device for sterilization.”

Rep. Mike Fitzpatrick (R-PA), who is sponsoring a bill that would order FDA to revoke Essure's approval, said it is "unbelievable that it took the FDA since September to make just two recommendations with no enforcement measures and ask the manufacturer to perform another study while leaving Essure on the market … If the FDA is going to order another study, then at the minimum they should take Essure off the market during that time.”

In an earlier statement, Fitzpatrick said “Frankly, I’d contend that the 25,000 women harmed by Essure are the postmarket study that FDA is ordering. It’s been done. The evidence is all there: Tens of thousands of injured women and hundreds of fetal deaths.” Rep. Rosa DeLauro (D-CT) in October 2015 called on the FDA to remove Essure from the market.

Bayer was ordered to submit a study proposal last September, after the agency had received almost 10,000 reports, from the time of its approval date in November 2002 until the end of 2015, of Essure complications. Bayer submitted its proposal in March 2016 and it was approved at the beginning of September 2016.

So the FDA’s decision has the potential to harm thousands more women. Bayer’s final post-surveillance report isn’t due until seven years from now--September 2023! Only then will the FDA evaluate the benefits vs risks of the device. By slapping a black box on Essure, however, the FDA it seems to be sending a mixed message: that the safety of Essure can pose a risk and that its risks may outweigh the benefits.

More ESSURE News
This type of study is ordered by the FDA for medical devices already on the market that pose significant adverse health consequences or are permanent implants. The study will collect data on Essure complications, including:

Could the FDA’s decision work in favor of women who have filed Essure claims against Bayer? Perhaps public outrage will further push for the passage of H.R. 5403 Ariel Grace’s Law. (Ariel Grace Burrell was stillborn, partially because of the Essure device.) If the bill is passed, it would remove preemption protection from medical devices that have pre-market approval and allow people injured by a device such as Essure to take legal action.