Since Bayer won’t withdraw Essure from the market in the wake of Brazil’s recent news and instead potentially harm more women, perhaps its financial woes might be more convincing. 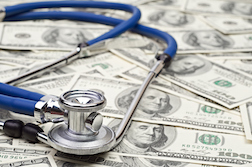 Last year the permanent birth control device caused the company to lose $413 million, according to its annual report. Add to the fray 3,700 US lawsuits and two Canadian suits seeking class action certification as of the end of January 2017 by women who have suffered Essure complications, and more lawsuits are anticipated.

Although insured against “statutory product liability claims...to the extent customary in the respective industries,” Bayer’s annual report said, “the accounting measures relating to [contraceptive pill] Yasmin/YAZ and Essure claims exceed the available insurance coverage.” And $277 million has been expended in “significant legal risks” related to Essure and two other products.

Still, the German-based company can’t cut its losses, believing “it has meritorious defenses and intends to defend itself vigorously.”

Anecdotal evidence, however, suggests that fewer women are opting for the device, according to Modern Healthcare. Understandable, given mounting media—and social media—coverage. Dr. James Greenberg, an OB/GYN at Brigham-Faulkner OB/GYN Associates in Boston, told the business and research website that he was implanting two or three Essure devices per month, until recently. “If I put in one in the past year, I'd be surprised,” Greenberg said, adding that demand started to decline when “lawsuits started going up.”

“Whether you're seeing a doctor, or getting a new procedure, or doing anything, I think the average medical consumer today goes right to the web,” Greenberg told the online healthcare news site. “You [search for] Essure, and the first thing that comes up is lawsuits. That's not something that makes you super excited to have that done to you.”

More ESSURE News
And there is mounting FDA pressure (a black box warning was added in October 2016), albeit too late and not strong enough for about 10,000 women who reported Essure injuries or harm. The agency logged in its Manufacturer and User Facility Device Experience (MAUDE) database from physicians and patients reports of severe pain, device migration and perforation and autoimmune responses to the device. And allergic reactions have been reported. (Interestingly, Bayer warned of nickel in its original packaging label but it was later removed.)

And with more litigation favoring plaintiffs, seemingly Bayer is in denial. Until taking into consideration that the pharmaceutical giant brought in more than $50 billion in sales in 2015. Bayer also has deep pockets.

Posted by
Melissa Atencio
on November 28, 2017
I have been trying to get the Essure removed. I am having issues with my insurance they are not willing to cover it. I need some Direction please?!
Posted by
Madris Tomes
on April 11, 2017
The number of Essure adverse events has grown steadily since the September 2015 meeting at the FDA. The number of reports from physicians has doubled to 1,429. The total number of adverse event reports is now over 15,000.