Sylmar, CA: We will soon be coming up to the one-year anniversary of the receipt by Abbott Laboratories of a scathing warning letter by the US Food and Drug Administration (FDA). At issue were various allegations and findings of non-compliance and failures to maintain good manufacturing practices determined during an inspection of its facility in Sylmar, California. Of interest to litigants bringing St. Jude ICD and CRT-D device lawsuits, are findings of non-conformity with regard to its cardiac defibrillator line - namely its Fortify, Unify, Assura and Quadra devices.
Read [ The FDA Warning Letter RE: St. Jude ICD Batteries One Year Later ]

Toronto, ON: Imagine the panic one might feel when told the defibrillator relied upon to help keep you alive, could fail at any time and with little warning. In reality, that circumstance is one Canadian lawsuit plaintiff Shirley Houle didn’t have to imagine. Amongst the St. Jude ICD and CRT-D device lawsuits, is a Canadian class action launched this past May.
Read [ Canadian Class Action Launched Against Defective St. Jude Cardiac Defibrillators ]

Some Heart Patients with St. Jude Battery are Ticked Off

Modesto, CA: As if it isn’t bad enough that St Jude Medical allegedly failed to properly report the risk of early battery-depletion and two deaths that finally led to a recall, some heart patients were never informed of the recall. And now, knowing that your defibrillator could fail at any time exacerbates problems that heart patients are already dealing with, from risk of infection to emotional and financial issues.


Gene’s wife has a recalled ICD. He says she gets “a little dizzy at times when her chest hurts but we don't know if it's the ICD causing it. The real injury is how much she worries about the ICD problem. My wife suffers from anxiety and depression, and PTSD from past things that have happened to her. She takes medication for all three problems. Now she is suffering an emotional injury from this recall.”


Having a pacemaker implanted is one of the most common types of heart surgery, but placing the batteries in pacemakers and cardioverter defibrillators exposes patients “to a risk of serious complications, including life-threatening infection”, wrote two consultant cardiologists in an article published in the British Medical Journal (February 4, 2016). John Dean and Neil Sulke also said that, “Over half of all patients with pacemakers require a replacement procedure because the batteries have reached their expected life.” But patients with a St. Jude Medical Implantable Cardioverter Defibrillator (ICD) and Cardiac Resynchronization Therapy Defibrillator (CRT-D) device may have batteries that fail earlier than expected. They went on to say that, “The situation is worse for recipients of a (cardioverter defibrillator), since the risks of infection at the time of implant and device replacement are higher than with pacemakers and the batteries have a shorter life.”


Changing the batteries involves replacing the pacemaker box with a new unit, which is typically performed under local anesthetic via a cut to the skin. But hospital infections have increased faster than pacemaker implantation. According to a study published in The Journal of the American College of Cardiology, the number of cardiac devices being implanted has doubled since 1993 and the number of associated infections has more than tripled. This is likely because cardiac patients are more vulnerable to infection because they tend to be sicker in the first place.


“Mentally I'm not the same since my defibrillator leads became infected and needed risky surgery that almost killed me,” writes Ian from Nova Scotia. “I’m afraid of swimming, afraid to pick up my kids and I’m afraid to drive. It has affected much of my daily life, not to mention time lost during recovery and the torment it caused my family and children to watch helplessly as their father shakes and cries on the ground for the shocks to stop.”

“I got a call from my doctor, telling me that I need to get my ICD replaced,” says Janet, “but I’m deathly afraid of stepping foot into a hospital. I know it’s not major surgery, but infections are rampant and I’m not in the best health, which means I’m a prime candidate for infection. And if I get sick, who pays for my hospital stay and antibiotics?”


Good question. And who pays for the battery replacement?


“I don’t feel comfortable knowing that my defibrillator could fail at any time,” says Gene in Seattle. “St Jude should pay for the replacement, and they should compensate me for the daily anxiety of the possible consequences! But I suppose they are off the hook until my device fails. I’m ticked off, to say the least.”


In October, 2016 the and St. Jude Medical said they were alerting patients, patient-caregivers, and physicians to respond immediately to Elective Replacement Indicator (ERI) alerts. Bill, writing from Modesto, California, says he was never notified, despite the leads in his pacemaker being on the recall list. “My pacemaker had a dead battery for about a year. As if that isn’t bad enough, I had to pay full price for a replacement, no rebate or refund.” He is hopeful that by joining a lawsuit he can get some kind of compensation.

Read [ Some Heart Patients with St. Jude Battery are Ticked Off ]

The Fix is In for St. Jude Defective Batteries, But Is it Enough?

Washington, DC: The announcement last month of a new software tool capable of alerting patients with defective St. Jude cardiac defibrillators when a battery is in danger of failing prematurely may be too little, too late for patients who have suffered adverse events when defective defibrillator batteries failed too soon. Many have filed St. Jude ICD and CRT-D device lawsuits over the issue.
Read [ The Fix is In for St. Jude Defective Batteries, But Is it Enough? ]

Washington, DC: A troubling report that ran in The New York Times back in April shed a dark shadow on defective St. Jude cardiac defibrillators and the batteries that powered them. St Jude ICD and CRT-D device lawsuits have alleged further than the original manufacturer of the medical devices, St. Jude Medical, downplayed reports of device failure for years. And it’s not just St. Jude lawsuit plaintiffs making that allegation; so too, is the US Food and Drug Administration (FDA), according to The New York Times (04/13/17).
Read [ Criticism for Both St. Jude Medical and FDA over Defective St. Jude ICD Batteries ]

Were Defective St. Jude Cardiac Defibrillators Implanted Even After Recall?

St. Jude Battery Failure, Delayed Recall and it all comes down to Money 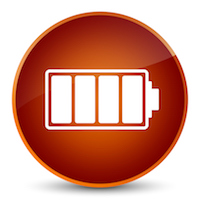 Santa Cruz, CA: The battery seems to have run out, so to speak, on St. Jude’s recall process. The company made a change to its battery design back in 2015 but didn’t acknowledge the reasoning behind the design—until the lithium battery defects were confirmed internally.
Read [ St. Jude Battery Failure, Delayed Recall and it all comes down to Money ]