ReNu Recall: Not Getting Through to People

Trina Brown used ReNu with MoistureLoc right up until a few months ago, although the FDA issued a worldwide recall in May 2006. Trina, a paralegal, stopped using ReNu only when she read about the recall in her LawyersandSettlements.com newsletter subscription. 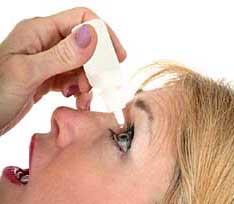 "I used ReNu for about 18 months but when I saw the recall I stopped using it immediately," says Trina. "After reading about ReNu's side effects it answered a lot of questions as to why I have recently been sensitive to certain kinds of light and why my eyes are dry and scratchy -it feels like grit is in my eyes but nothing is there.

What the recall doesn't answer is why I didn't know about it sooner. If it wasn't for the Internet, I could still be using ReNu; in fact I still have half a bottle left; luckily I am a pack rat and didn't throw it away when I found out about the recall, so now I have proof.

There should have been more public advertising about the recall. I watch television and listen to the radio; when I have time I read the newspaper. But I didn't hear anything. Bausch & Lomb should have spent more money on advertising to various media outlets - they can afford it because so many people bought their product. I think they could have had a better recall campaign considering how much money they made from this (and other) products.

There are so many products out there and not enough testing. Pharmaceutical companies now advertise their products on television and add disclosures, alerting the public to possible side affects. I think the makers of over-the-counter drugs should do likewise. All these products should be FDA approved but more often that not, they are marketed without any disclaimers.

More RENU News
Drug makers can say they warned the public - like a protection mechanism for them. The trouble is, some consumers are too trusting and don't pay attention to warnings from media outlets.

And doctors are offered incentives - I have worked in medical offices and know how this works. An opthamologist could be handing out trial packs of ReNu after a recall: do you think that doctors are alerted to recalls right away? Doctors are sometimes putting themselves in libelous situations. From now on, I pay attention to anything I buy; I have become very cautious.

Finally, I would like to take this opportunity to give a few words of advice to the consumer: Before you buy any over-the-counter drugs, it would be wise to do some homework on the product and the company - and check for recalls! "

If you or anyone you know has contracted an eye infection or has had eye sight damage by using ReNu with MoistureLoc contact lens solution, please file a [ReNu Contact Lens Solution] complaint with a lawyer for a free case evaluation.
Request Legal Help Now