Excessive bank fees that are based on insufficient funds (NSF) charges may pose a greater threat to checking accountholders than overdraft fees. Recent lawsuits recognize that, without protections based largely in state contract law, consumers have little protection from NSF fees that result when checks or electronic payments that are presented and re-presented multiple times without the accountholder’s permission. 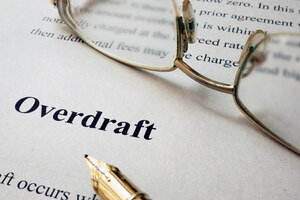 DADM Kidz Cuts II, LLC v. Sunmark, a class action lawsuit, illustrates the problem. The Complaint alleges that “Sunmark’s customers have been injured by the Credit Union’s improper practices to the tune of millions of dollars bilked from their accounts in violation Sunmark’s clear contractual commitments.” DADM Kidz Cuts’s focus may be part of a growing trend that looks at NSF fees rather than overdraft fees.


Banks charge NSF fees when there is not enough money in an account to cover a transaction, and the item is returned or the transaction simply does not go through. NSF fees are typically about $30. While it is embarrassing for a transaction to be declined or a check returned, accountholders usually do not contest the one-time charge assessed for a miscalculation. It is not illegal for banks to charge them.

Customers do complain, however, when banks or vendors try to process the same item over and over, without the accountholder’s request or permission. As one Sunmark customer commented on a LawyersandSettlements article:

“Recently my son took my car for repairs using my debit card. He waited until 8:15 A.M. for my deposit to clear, to make withdrawals. Well, I was charged 4 overdraft fees [of] $30.00 each for each transaction including separate overdraft fees for each $2.75 ATM charge even though the ATM fee and withdrawal are one in the same transaction, yet all the while, there was a federal paycheck of almost $2000 right there in my acct.”


DADM Kidz Cuts tells a familiar story. DADM Kidz Cuts claims that on several occasions Sunmark rejected an ACH payment due to insufficient funds in the business’s account and charged a $30 NSF fee. So far no problem - there is no dispute that the credit union was allowed to do so.

However, the credit union thereafter charged an additional NSF fee when it reprocessed the same item a few days thereafter. On one occasion, Sunmark ultimately assessed $60 in an effort to process a single transaction.

The lawsuit alleges that Sunmark promised its customers that if their account balance dropped too low to cover a particular item (including checks, withdrawals and service charges), the credit union would charge the customer a single $30 NSF or overdraft fee per item. But as DADM Kidz Cuts and other accountholders have discovered, Sunmark does not abide by this promise. Instead, Sunmark routinely charges its customers multiple fees for the same item, driving their account balances deeper into negative territory.

The lawsuit argues that Sunmark’s effort to assess multiple NSF fees for a single attempted payment was made in “bad faith and totally outside Plaintiff’s reasonable expectations.” The class action lawsuit seeks to cover all Sunmark accountholders who were charged multiple NSF fees on the same item during the applicable statute of limitations period.

DADM Kidz Cuts is not an outlier


NSF fee lawsuits are not new, but they may be playing a greater role than ever before in safeguarding the legal rights of checking account customers. For example, in November 2020, Navy Federal Credit Union agreed to settle a class action NSF lawsuit for $16 million, to be distributed among 700,000 accountholders.

More EXCESSIVE OVERDRAFT FEE News
In that lawsuit, Ruby Lambert alleged that Navy Federal assessed $29 NSF fees multiple times for the same transaction. She argued that under the terms of her account agreement, Navy Federal was permitted only one NSF fee stemming from the same underlying purchase, regardless of how many times the merchant presented the item for payment at a time when the account lacked sufficient funds. Like DADM, Kidz Cuts, Lambert alleged claims for breach of contract in addition to lawsuit-specific breaches of North Carolina law.

Ent Credit Union similarly agreed to settle Nelson v. Ent Credit Union, a class action lawsuit. Terms of the settlement remained confidential, but it resulted in refunds to impacted members of NSF and overdraft fees. According to a statement issued by Ent, the NSF fees were the result of previously unknown software issues. As the wave of excessive bank fee lawsuits rolls on, accountholders and their attorneys may increasingly focus on the damage that improper NSF fees continue to do to small banking customers.

Click to learn more about LawyersandSettlements.com
LawyersandSettlements.com - A trusted, independent legal news provider bringing quality news and information on legal cases and lawsuits filed in the United States of America to its readers since 2002. Over 650,000 legal help requests including Consumer Banking Issues, Consumer Frauds, and Financial Cases have been forwarded to lawyers all across to the country.