Bank allegedly assessed fees even when balance was positive

On January 14, Bonnie Becker, doing business as Oma’s Slice of Heaven, filed a class action lawsuit in New Mexico federal district court, claiming that First Savings Bank assessed bank overdraft fees even when the transactions in question did not overdraw the account. 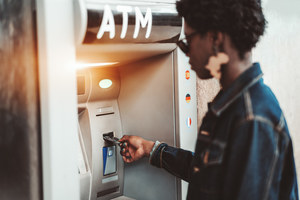 The Complaint is fairly cursory, but it seems to set out a familiar bank practice of calculating account balances in two different ways – the first, which the accountholder sees, and on the basis of which many make spending decisions – and the second, which only the bank sees that is lower because of various offsets and “holds.”

This double set of books is a trap for the unwary and a major source of fee income for many banks and credit unions.


As described in the Complaint, FSB’s Account Agreement, which governs checking accounts, promises that “OD Fees will be charged only on a ‘withdrawal created by check, in-person withdrawal, ATM withdrawal, or other electronic means that results in an overdraft, whether we pay the overdraft or not.’” The bank’s forms further state that “An overdraft occurs when you do not have enough money in your account to cover a transaction, but we pay it anyway.”

Nonetheless, as the Complaint continues, “FSB’s uniform policy and practice is to disregard the actual amount of money in the account or whether there is a negative balance and, instead, to assess OD Fees based on a manufactured balance that it does not disclose.”

No further details are provided in how the “manufactured balance” is calculated, but similar excessive overdraft fee lawsuits have detailed an artificial internal calculation performed by some banks and credit unions that subtracts debit and deposit holds from the actual or ledger balance that the customer sees when checking how much money is in an account.


The practice is virtually guaranteed to surprise consumers who keep a slender checking account balance. It’s also very profitable for banks. Consumers reportedly paid $34.3 billion in overdraft fees in 2017. In 2018, JPMorgan Chase made $1.866 billion on overdraft fees; Wells Fargo Bank made $1.631 billion and Bank of America made $1.628 billion, for example. This, of course, is at the expense of those who can least afford it.

This bit of complicated accounting is also no secret. As long ago as 2012, the Consumer Financial Protection Bureau began to scrutinize a number of misleading practices that have contributed to the abuse of overdraft protection agreements. Among these was the use of misleading marketing materials, like the forms and agreements used by FSB.


The Becker Complaint sets out three ways in which FSB’s practices allegedly violated the law. The first claims violations of the regulations that implement the federal Electronic Fund Transfer Act, more commonly known as Regulation E. Regulation E prescribes, in great detail, the ways in which banks must disclose their overdraft practices. Further, it requires that financial institutions must provide depositors with an opportunity to “opt out” of overdraft protection. Overdraft protection is an arrangement that sounds attractive on its face but which is actually the vehicle that allows banks to charge excessive overdraft fees.

The remaining two counts describe violations of a New Mexico state statute, the New Mexico Unfair Practices Act, which prohibits unfair or deceptive trade practices, and a state common law cause of action for negligent misrepresentation. All three deal with the same basic situation – deceptive documents that fail to describe the artificial way in which banks and credit unions calculate overdraft liability.


If the lawsuit goes to trial, evidence will presumably be offered that the depositors were, in fact, deceived by the bank’s disclosure.

More EXCECESSIVE OVERDRAFT FEE News
Regulation E lawsuits have been difficult to bring in recent years as more banks and credit unions have begun to use model disclosure forms drafted specifically to comply with Regulation E. Those model forms arguably create a “safe harbor” upon which financial institutions may rely to stay within the requirements of the disclosure law.

Many recent lawsuits have instead relied on state law violations. The New Mexico counts may be the plaintiffs’ ticket to success, depending on the facts of the case. Lawsuits built on state law claims have recently resulted in several substantial settlements.

What does this mean for banking customers like Bonnie Becker? It should be encouraging, in a word. There does appear to be the possibility of recovery in lawsuits based on abusive bank practices which are designed to target low-balance customers. The key seems to be to bring state as well as federal claims.