Excessive Overdraft Fees: You Can Take That to the Bank

If there’s one thing banks are awfully good at, it’s excessive bank overdraft fees. Banking fees tend to be an endless scourge on the consumer to begin with. However, pundits point to the process of incurring an overdraft and the resulting fees as the ultimate irony: an overdraft occurs when a consumer is short on cash or momentarily down on his financial luck, while the bank is eager to profit from a consumer’s misfortune. 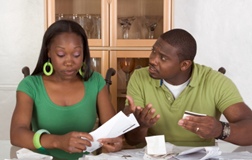 In May, a Florida judge signed off on a settlement associated with a bank overdraft fees lawsuit brought against Capital One Bank NA (Capital One). Various plaintiffs in multidistrict litigation against Capital One agreed to settle for $31.8 million. The various lawsuits alleged that Capital One deducted funds from accounts based on the size of a transaction, rather than in chronological order - a common refrain, as it turns out and a practice, plaintiffs believe was designed to maximize the number of overdraft fees the bank could charge.

There are well above a half-million settlement class members in the litigation. Capital One, while the excessive bank fees lawsuits percolated through the legal pipeline, tried to have the lawsuits dismissed three times. The bank’s hat trick proved futile.

The case is In re: Checking Account Overdraft Litigation, Case No. 1:09-md-02036, in the US District Court for the Southern District of Florida.

In this dispute, a settlement worth $30 million at the state level has drawn the ire of federal plaintiffs in a putative federal class action. Federal plaintiffs have asked a judge in New York state court to stay or deny the proposed settlement, which was announced in March. New York Supreme Court Justice Eileen Bransten said at the time that she wouldn’t approve the settlement while related litigation was pending in federal court - only to have US District Judge Arthur D. Spatt infer that HSBC could move forward with the state settlement after all, without having to wait for the outcome of the federal dispute.

While all that gets worked out, the allegations over banking overdraft fees remain unchanged, and plaintiffs at both the federal and state level are in agreement over allegations that HSBC illegally collected overdraft fees by processing debit card transactions from the greatest to the smallest amounts - rather than chronologically.

Three federal class actions against HSBC over excessive bank fees were combined into multidistrict litigation in 2013.

And this kind of stuff is hardly new: in early 2012, a state judge in Hawaii approved a $9 million settlement between Bank of Hawaii Corp. and some 160,000 debit card holders who accused the bank of playing fast and loose with protocol in order to maximize fees. Like the preceding complaints, Bank of Hawaii plaintiffs allege the bank should have posted bank overdraft fees in the order in which they were made - chronological order.

More BANK OVERDRAFT FEE News
Instead, or so it was alleged, Bank of Hawaii held them and posted the charges from the largest to smallest. As an example, if a customer with a $50 balance made four $10 transactions followed by a $100 transaction, the bank would reorder the debits from largest to smallest, imposing five overdraft fees on the customer, according to the bank overdraft fees lawsuit. Were the charges to have been based on chronological order, there only would have been one overdraft charge - based on the final $100 withdrawal that triggered the overdraft - rather than five overdrafts, each with its own fee.

“In many instances, these overdraft fees cost Bank of Hawaii account holders hundreds of dollars in a matter of days, or even hours, when they may be overdrawn by only a few dollars,” the plaintiffs said.

With banks, it seems, one can bank on the expectation of being gouged in some way through excessive bank fees.

Posted by
Khayyona Banres
on May 25, 2016
Bank transferred money twice from one of my accounts to another only one time did it shpw on my statements and charged me for excessive transfers but there is still the money missing from the second transfer and tried to tell me that money never really existed the charge an over draft for the the money spent out of this non existing money and stated that it my fault. also there was a deposit that appeared into my account and when I asked to have the funds removed because I was expecting my payroll to come in and I had bills set they didn't money got crossed and when they finally did after three days my account went negative I called for four days to have that money removed and they told me there was nothing they could do because it had posted already then they do remove it and charge me for it my payroll did come in short after but there is still money that just seem to disappear I don't think any of this is right
Posted by
Randall Frye
on October 26, 2015
I bank with Regions Bank in Georgia, where I have 5 accounts including my sons'. My business Partner and I, operate a small business. We, like many, struggle with cash flow, so there has been many times we were over drawn, however, we usually deposit the same day, approximately 90% of the time.
Regions charged me over $9000 last year in fees, by re ordering our purchases and payments. We ran $1,200,000; through their bank last year; I talk with the manager often, and they know that I'll be making a deposit. many of our invoices go directly to them.
Does anyone think I have a case?

Posted by
Julie
on September 20, 2015
I was charged so much overdraft fees when I had an account with First Citizens Bank in NC .. they would out of my Direct deposit disability SSI,They took their overdraft , which always left my account short.. how they worked it to their advantage so they charged more over drafts .. took almost a year to be able to close that, account the hardship they put me through is beyond words,
Posted by
Alex Johnson
on August 21, 2015
Join a Federal Credit Union. They are all over the place and don't play nasty tricks like the big banks do. Seriously, who wants to bank with someone who tries to screw you over a small overdraft?
Posted by
Patricia Brown
on August 3, 2015
My bank charged me for 5 overdraft, deposit available midnight, bill Pat was same day. Bills were paid first, then overdraft was charged from deposit.
Posted by
jim
on August 2, 2015
need to buy some bank stocks...
my credit unions are set up take from a credit line for over drafts or my savings account, at no charge.

Posted by
Wylmarye
on August 2, 2015
I with a credit union and have suffered excessive over draft fees. I applied fire overdraft protection and was denied I guess it was more lucrative to them.
Posted by
Diane Leef
on July 28, 2015
I bank at TCF. they have this new policy they can use both posted and pending transactions to generate overdraft fees. then the next day they use the same pending transactions that have now posted, take out their fee first and then your in the hole deeper generating more fees. How is that possible? Of course they do this to those of us that are low income. I was .7 over and they generated 111.00. I'm fighting them tooth and nail. Look out people.
Posted by
Asipau Pamela McMoore Plouffe
on July 23, 2015
I'VE BANKED WITH BANK OF HAWAII, BOTH BUSINESS AND INDIVIADUAL CHECKING ACCOUNTS, SINCE 1995 AND SUFFERED THIS BANK ABUSE TO THE TUNE OF THOUSANDS.