A group of angry customers has filed a lawsuit against Zions Bank in Utah, as the class-action group is protesting the institution's implementation of excessive overdraft fees, The Associated Press reported. 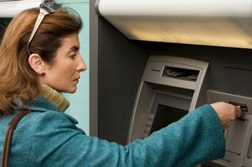 The lawsuit was filed by three law firms on behalf of Melinda Barlow, a Sandy, Utah resident and other customers who were allegedly charged excessive overdraft fees under policies that were in place from 2005 to 2010, according to the news outlet.

Court papers note that the bank's policies allegedly allowed it to manipulate and alter the order in which debit transactions were posted, allowing the institution to maximize the number of customers who were charged fees due to overdrafts that occurred.

The lawsuit alleges the bank does not routinely decline debit transactions when it's clear that doing so would help customers reduce the total amount of fees that they would have to pay because of subsequent overdrafts.

Barlow was a customer of Zions since 1990, and she has alleged that the unfair practices the bank employed resulted in up to $100 in overdraft charges for a single day in 2009, according to the lawsuit.

The lawsuit also contended that Zions didn't routinely post deposits before debit transactions went through, another factor that led to customers receiving fines because of overdraft charges.

"As a result of those acts and practices, Zions Bank's customers have been charged excessive overdraft fees," the lawsuit contends. "Zions Bank's collections of those excessive fees is patently unconscionable and unfair."

More BANK OVERDRAFT FEE News
The Denver Post reported that the bank had made the process of avoiding overdraft fees "impossible" in order to generate more revenue.

According to the Deseret News, Barlow claims she was charged $25 for each transaction that she had made in one of the overdraft claims, as the lawsuit stated that the bank had the option to limit the penalties to the minimum amount but chose the most expensive fine.

The lawsuit also claims that the bank has not followed the "best practices" for the industry over the years, and questions the changes that Zions has put in place.

According to the news source, the federal laws that have been passed allow individuals to opt out of overdraft protection due to the actions of banks charging exorbitant fees.

Click to learn more about LawyersandSettlements.com
LawyersandSettlements.com - A trusted, independent legal news provider bringing quality news and information on legal cases and lawsuits filed in the United States of America to its readers since 2002. Over 650,000 legal help requests including Financial Cases, and Consumer Banking Issues have been forwarded to lawyers all across to the country.