Despite the fact that the issue was addressed by Congress last year, a number of consumer advocate groups are up in arms again over excessive bank overdraft fees, according to the Sun-Sentinel. 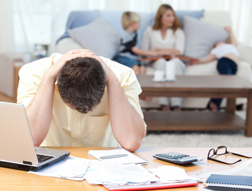 The news source reports that a study conducted in June by the Consumer Federation of America found that the median overdraft fee at the largest 14 banks in the country still sits at $35, the same level as one year ago.

Additionally, in citing data from economic research firm Moebs Services, consumer advocate groups say that financial institutions, including national banks, are set to rake in approximately $38 billion in overdraft fees this year, representing an increase over the $35 billion last year and the $31 billion five years ago.

According to the news source, while the American Bankers Association has maintained that banks are obeying the laws, the controversy over such fees is increasing in Florida as well as the rest of the country, due to the fact that new regulations are being proposed and public comments are being sought.

Silvia Hall, a Boca Raton homeowner, is one citizen taking advantage of this period of public comments, the news source said. Hall has reportedly sent a comment to the Office of the Comptroller of the Currency, in which she asks for banks to stop charging overdraft fees for debit card transactions. Her reasoning behind this is that such requests can simply be declined when the banks do not have the funds to cover them.

More BANK OVERDRAFT FEE News
"It's very, very abusive the way banks charge fees," Hall told the news source. "My opinion of banks now is very low. Instead of supporting business, making loans and helping the local economy, they know how to raise fees and squeeze the consumers."

Jean Ann Fox, with the Consumer Federation of America, agrees that such excessive overdraft fees are highly problematic. Fox told AZFamily that the practice itself is "mind-boggling."

"Banks put on a hard sell trying to convince customer that they should opt in to overdraft coverage just in case your car broke down on a back road," Fox explains. "So they frighten people into signing up for the most expensive kind of lending that a bank does."

Still, it at least appears that some banks are beginning to take the hint, as Bank of America says it no longer charges overdraft fees for purchases with debit cards, according to the Sun-Sentinel.

If you or a loved one have suffered losses in this case, please click the link below and your complaint will be sent to a consumer banking lawyer who may evaluate your Bank Overdraft Fee claim at no cost or obligation.
Request Legal Help Now