Kids are heading off to college -- hopeful, ambitious and financially naïve. Are they ripe for exploitation?

On July 20, 2018, the Bureau of Consumer Financial Protection (CFPB) offered to settle its claim that TCF National Bank engaged in deceptive practices to market its overdraft protection services. In its bank overdraft fees lawsuit the CFPB alleged that these practices affected students at the University of Minnesota, with which TCF has a beneficial financial relationship. As their bright young things head off to college, should parents be concerned? Students and other inexperienced and lower income banking customers are particularly vulnerable to excessive overdraft fee schemes. 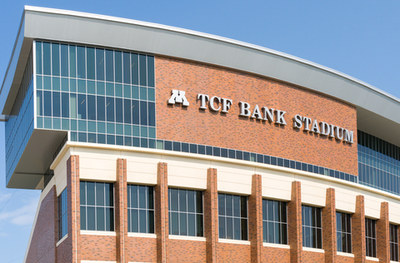 
Under the terms of the settlement, TCF Bank did not admit to any wrongdoing. Nor did the settlement explicitly refer to the bank's relationship with the University of Minnesota or its students. Nonetheless, TCF did agree to set aside $25 million for restitution of amounts paid by affected customers under their overdraft agreements and to pay a civil penalty of $5 million. In addition, TCF agreed to make customers whole by correcting information reported to credit rating agencies and reopening closed accounts. Employees of the bank will no longer be required to market credit protection agreements from new customers.

Under those agreements, the bank agreed to pay ATM and debit card overdrafts when insufficient funds were available. The cost was $35 per transaction. That can add up quickly, especially when banks re-order transactions from highest to lowest amount for processing purposes. One over-the-limit withdrawal may cause many overdraft fees. Ultimately, the embarrassment of having a transaction denied may be less painful than the multiple fees.

Under provisions of the 2010 Dodd-Frank Wall Street Reform and Consumer Protection Act, consumers must be informed that overdraft protection is not necessary. In addition, they must affirmatively opt in. Nonetheless, college students and financial sophistication do not always come in the same package. They can be very susceptible to manipulation.

The element that makes this situation different and particularly unsettling for many parents and students was the involvement of the University of Minnesota. The school had a vested interest in those accounts. It made money on the deal.


TCF Bank had an exclusive partnership with the University of Minnesota that allowed students to connect their U Cards to a checking account. The U Card is the official University of Minnesota ID that uses smart chip technology to allow individuals into buildings and provides access to a student’s meal plan and library accounts. It could be conveniently paired with a TCF checking account.

Lutheran Social Service Financial Counseling Program Director Darryl Dahlheimer, whose organization provides University of Minnesota students with budget and debt counseling, has reportedly said that he believes that TCF Bank knew that there was a huge incentive for students to bank there. Less obvious is the fact that it also benefitted the school. For each U Card set up with TCF, the bank paid the University $37. Thirty-seven dollars times a very large student enrollment is a big number.

The Harm to Students is Well-Known


University-bank partnerships have come under CFPB scrutiny in recent years. Among the CFPB’s conclusions are that:

• Relatively small financial shocks – unexpected expenses of a few hundred dollars – may cause acute financial hardship for students, potentially derailing their academic pursuits. It does not take much to take a first generation college student out of school.

• Certain agreements between colleges, financial institutions, and other vendors present continued risks to students. Many students face high fees when using college-sponsored banking products. Colleges may miss opportunities to monitor program execution and to understand the economic costs to students from products marketed under these agreements. It is an open question about whether certain agreements to promote products actually end up harming students.

• Students’ interests may be an afterthought in many marketing agreements.

• Many colleges fail to ensure they are able to evaluate products offered to students and oversee the execution of their campus banking marketing agreements.


It will surprise very few people to learn that college-aged people are among the most chronic over drafters. They are among the hardest hit by bank overdraft fees, according to a report by the Pew Charitable Trusts

More than a third of frequent overdraft users — those who pay $100 or more in bank fees in a year for overdrawing their bank accounts — are in their late teens through early 30s.The cumulative financial burden can follow young adult for years in their impact on credit ratings. Many in this group are already heavily burdened by educational debt. The CFPB settlement is step towards protecting this vulnerable group.