A lawsuit related to Exchange Traded Funds (ETFs) has been filed against ProShares Trust. The lawsuit alleges that the investment company, which offered shares in the Ultra Basic Materials fund (UYM fund), gave false and misleading information in the Registration Statement, Prospectuses and Statements of Additional Information. 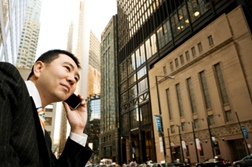 The lawsuit, filed March 10, 2010, seeks to recover damages on behalf of class members who obtained shares of ProShares Ultra Basic Materials fund. This includes investors who lost money on the transaction or who still hold the shares.

According to the lawsuit, Ultra Exchange Traded Funds are designed to go up along with the markets. The UYM Fund was one of ProShares' Ultra ETFs and should have performed at 200 percent the performance of the Dow Jones US Basic Materials Index (DJBMI).

Since the regulatory notice was issued, some companies have banned or temporarily halted the sales of leveraged and short Exchange Traded Funds.

If you have suffered losses in this case, please send your complaint to a lawyer who will review your possible [Exchange Traded Funds (ETF) Lawsuit] at no cost or obligation.
Request Legal Help Now