Bayer Bans Essure Outside US, Is FDA Lagging?

Bayer has stopped selling its Essure outside of the U.S. citing “lack of interest” and “commercial reasons”. But those reasons may not be quite accurate. Many countries have banned the permanent sterilization device due to product and safety concerns. So, why is it safe for women in America? 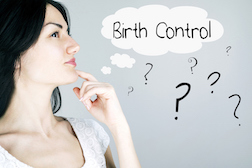 Bayer’s decision comes soon after increased regulatory scrutiny in Brazil, Canada, Australia and the European Union. With the health and safety of women forefront, Brazil's National Health Surveillance Agency, Anvisa, suspended and recalled Essure in February of this year. Modern Health Care explains that Anvisa can suspend the registration of a medical product in a few circumstances, including when the product is under investigation for irregularities or defects in the product or its manufacturing process that constitute a risk to patients and others. Bayer wasn’t happy. In a statement, the company disagreed “with the decision by health regulators in Brazil which was taken without the knowledge of Bayer,” adding that it was working with local regulators to “fully understand the decision”.

To “fully understand the decision”, the Australian Government weighs in. In August of this year, the Australasian Medical and Science Ltd (AMSL) issued a hazard alert for Essure, recalled all unused stock and withdrew the device from the Australian market. The Australian Government rationale: “…some patients who have received the device may not have been fully informed of the possible device and procedure-related risks before choosing to have Essure implanted…there have been reports of changes in menstrual bleeding, unintended pregnancy, chronic pain, perforation and migration of the device, allergy/hypersensitivity, or immune-type reactions. Some of these reports were considered serious and resulted in removal of the device, which involved abdominal surgery.”

Health Canada regulators in May 2016 advised doctors that the manufacturer was required to create a new black box warning label and a patient information checklist to make sure women knew the device’s risks. The Toronto Star reported Bayer’s response: “In light of the change in patient demand, Bayer has decided to voluntarily discontinue the sale and distribution of Essure in Canada over the next few months. This decision was taken for commercial reasons, and the favourable benefit-risk profile of Essure remains unchanged. This is not a recall of the product from the market.” (The FDA followed suit by slapping a black box warning on Essure in November, having announced the action in February and only after thousands of complaints about the device.)

And the European Union suspended Essure’s commercial license in Europe for three months, from the beginning of August. The National Standards Authority of Ireland is the EU member country’s regulatory agency that handles licensing applications and renewals. Ironically, Bayer chose Ireland, a decision it no doubt regrets. Bayer’s response: “…the safety and efficacy of Essure continues to be supported by more than a decade of science and real world clinical experience.”

The National Pharmaceutical Council explains that there are multiple standards and methods for conducting analyses with real-world clinical experience evidence – as opposed to clinical trials. “When done studies are done correctly and adhere to good practices, real-world evidence can provide meaningful information; when done poorly, misinterpretations and poor health outcomes for patients are possible. A set of methods and standards for collecting real-world clinical experience evidence developed in consultation with multiple stakeholders and utilized by the Food and Drug Administration may encourage others to accept high-quality studies and disregard poor-quality studies.” Did Bayer work with the FDA in its clinical experience?

The International Society for Pharmacoeconomics and Outcomes Research) defines Real World Data as ““Data used for decision making that are not collected in conventional randomized controlled trials (RCTs)”, meaning that such “experience” is information collected from “multiple sources outside typical clinical research settings, including electronic health records, claims and billing data, product and disease registries, and data gathered through personal devices and health applications.” And sales?

More ESSURE SIDE EFFECTS News
While the FDA says continues to monitor the safety of Essure, it still believes that "the benefits of the device outweigh its risks." CBS News (Sept 20, 2017) reported that the agency, in an emailed statement, said it is aware that Bayer is no longer marketing Essure in any countries except for the U.S. "The FDA has taken several steps to ensure the ongoing evaluation of Essure's safety and efficacy, as well as to educate healthcare professionals and women about the potential risks of using the device.”

Bayer’s announcement has no doubt infuriated more women in the U.S. Dozens of women rallied on Capitol Hill. ABC8 News (Sept 25) reported women chanting, “We need Congress to restore our rights” in support of the Medical Device Safety Act of 2017. And Bayer’s announcement will likely spur more Essure lawsuits. Bayer estimates the total number of its Essure device distributed worldwide is 750,000.

Posted by
Alishia Williams
on December 18, 2017
This device has me so scared now. I have the device still to this day and would like to have it removed due to the issues I've dealt with and is still ongoing. I was mislead to belief something entirely different than what it is. I feel I have been violated my rights as a woman and I want justice to be done and this device removed off the market all together and any woman that has this device in have the right to have it removed correctly free of charge after all the side effects and misery and discomfort and pain it has done to all us woman we deserve to have our life's back that was taken from us over professional physicians lake of knowledge and false statements on a procedure that has taken many of us woman's life moments missed due to reactions of this essure device. We deserve rights to prevent anymore harm to other women who are not aware of such issues and could help prevent them the have to experience this awful experience and painful mistake all cause of trusting my physicians and their knowledge due to licensed for their education certification. Wrong choice and a choice that has cause me nothing but misery pain, canstantly dizzy nauseous to occationally migraines, swelling in abdominal area to sharp pains and ended up in belly button as well. Lake of energy and irregular periods along with many times I've experienced large amount of clots passing and very painful along with cramps and sharp to pains that start in abdominal and works down straight into my private area that is so painful and uncomfortable when it happens and unexpectedly. Please THI is ruining my life and moments with my kids and family. I don't want to live like this and miss moments I once got to see before I had the device done and from that day on its been a nightmare I wish I could take all back so I could have my moments I've missed with my family back if I hadn't of had the essure device Done. This is serious and shouldn't be allowed to be taken anything but and immediately taken off the market before it ends up being a bigger problem than there already has become. May justice for the women suffering from this evil device be priority and removed with the full expense paid to reverse or whatever may need done to each victim/ individual that has suffered and wants to have procedures to fix problem and find a solution to the defect but destroy this device completely from reoccurring situations as this to rise into some more trauma and a emotional ongoing of women seeking justice from such procedure that suffers us out of our lives of discomfort and constant dizzy spells and discomfort from abdomen and many more side effects to be known