On December 1, 91-year-old actor Ed Asner and nine other participants in the Screen Actors Guild-Producers Health Plan filed a class action ERISA lawsuit against the SAG-AFTRA Health Fund and Trustees of the Plan. The early coverage of the lawsuit focuses on what appears to be age discrimination against veteran actors, many of whom sacrificed television residuals for pre-1960 movies to fund the health plan at its outset. 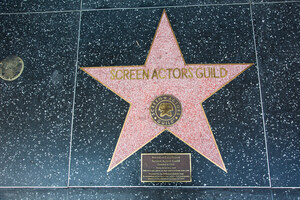 Asner v. SAG-AFTRA Health Fund, itself however, is rooted firmly in ERISA and alleges two counts of breach of fiduciary duty, one count of engaging in a prohibited transaction and one count of failing to disclose information material to plan participants.

What becomes of most legends?


You’re dating yourself, if you are old enough to remember either the mink commercial or the cheeky sendup. If memory serves, the knockoff ad campaign was for a high-end consignment shop. In any event, the answer to the question posed above is “Reruns.”

And that is the dramatic hook for the lawsuit. Reruns can be a major source of income for actors because they pay residuals. Residuals are a compensation for use of a performance in film or television beyond whatever was covered by the initial payment. This includes reruns, syndication, streaming or DVD releases of previous work. Residuals are especially important to certain segments of the industry, like voice actors (how many times have you heard James Earl Jones say “This is CNN”?) and veteran actors who discover that they become less marketable as they age.

The changes instituted at the Plan eliminated coverage for 11,750 of 32,000 participants, including 8,200 senior performers.

Members must prove annual earnings of at least $25,950 to get health coverage through the union. Under the revised rules, that income reportedly cannot include pensions or residuals. The announcement sparked considerable uproar. This lawsuit followed.

The Plan Trustees, for their part, have described the lawsuit as “entirely without merit.” They insist the eligibility changes are necessary to protect plan solvency and cite the impact of the pandemic and resulting production shutdown. The Plan lost about $50 million in 2018, $50 million in 2019 and had been projected to lose $141 million this year without the changes.


All of the claims are rooted in the circumstances surrounding the 2012 merger of two unions, the Screen Actors Guild (SAG) and the American Federation of Radio and Television Artists (AFTRA). From 2012 until 2017, their health plans, the SAG Producers Health Plan and the AFTRA Health Fund, were maintained separately. The SAG plan appears to have been the financially healthier of the two. The health plans merged in 2017 and benefit cuts to SAG members were announced in September 2020, causing considerable uproar.

In 2012 Asner and others sued unsuccessfully to block the merger of the unions out of concern about effects on the health and pension benefits of SAG members. If not a rerun, the latest lawsuit has some of the elements of a sequel.


The first count alleges that the SAG trustees proceeded with the 2012 merger of the unions to benefit the union and its leadership, rather than the participants and beneficiaries in the SAG health plan. If true, this would constitute a prohibited transaction with a party in interest, a violation of ERISA section 404(b). This is, essentially, an elaborate way of describing self-dealing.

The second count alleges that, before 2017, the SAG health plan trustees knew, but failed to disclose to the members, the non-health plan trustees or the negotiating team, that the plan merger would: ERISA requires that material information about a plan must be disclosed to participants. By failing to disclose these risks, the Complaint alleges that the trustees failed to act for the sole benefit of plan participants and beneficiaries, as required by ERISA section 404(a).

More ERISA VIOLATION News
In addition, the second count also raises the issue of age discrimination under both federal and California law, arguing that the benefit cuts wrongfully and illegally discriminated against participants on the basis of age, also in violation of the requirement that fiduciaries act in the interest of participants and beneficiaries.

The third and fourth counts rely on the joint and several liability provisions of ERISA. In essence, each fiduciary may be liable for his or her own conduct, but also has an obligation to remedy breaches of fiduciary duty committed by any other fiduciary. Under ERISA section 405 , any fiduciary who fails to remedy the breach of a co-fiduciary is legally responsible for that breach of duty, as well.

Where does Asner go from here? It’s hard to tell after only the first episode. The fact that previous litigation failed may be an impediment. Sequels are rarely more successful than the original.