ERISA lawsuits’ chance of getting to trial improves 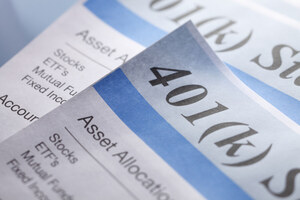 The latest decision does not reach the merits of the plan participants’ claims. It simply permits the participants to proceed as a class of similarly situated individuals. Without that procedural green light, however, the lawsuit might have ended without their claims ever having been heard.


As of 2018, the UHS 401k plan included 41,872 participants with assets totaling over $1.9 billion, making the 401k plan among the largest defined contribution retirement plans in the country. The plan's investment options consisted of mutual funds and a collective investment trust. Participants’ investment choices included several actively managed funds, which charge higher fees than passively managed funds, and mutual funds, which charge higher fees than other investment vehicles like collective trusts.

In 2018, at least nineteen of the 401k plan's funds cost the participants more money than comparable funds found in similarly-sized plans. Plan participants each paid annual recordkeeping fees of $44, although the managers should, allegedly, have been able to obtain these services at much lower costs.

In June 2020, former Universal Health employees Mary Boley, Kandie Sutter, and Phyllis Johnson, sued Universal Health and its Investment Committee, claiming that they had breached their fiduciary duties under ERISA by: These failures allegedly lost the 401k plan millions of dollars and, they argue, amounted to violations of ERISA Sections 409 and 502.

Read together, these sections require fiduciaries to act solely in the interest of the participants and beneficiaries with the care, skill, prudence, and diligence that would be expected in managing a plan of similar scope.

It is important to appreciatethat in fiduciary breach lawsuits, like Boley, the harm at the center of the the action is damage to the retirement plan, rather than just damage to the individual plaintiffs.

This is one reason that they are frequently brought as class action ERISA lawsuits, rather than as individual cases. The other reason, of course, is practical. Individuals often find it simply too difficult and expensive to mount a lawsuit, for what might be a very small return.

The three named plaintiffs moved to certify and represent a class of over 60,000 active participants. The fiduciaries opposed class certification, arguing individualized defenses, potentially differing statutes of  limitation periods, and participants’ investments in different funds made the lawsuit unsuitable for resolution on a class-wide basis.


The question of whether a federal lawsuit can proceed as a class action is generally decided using the criteria of Federal Rule of Civil Procedure Rule 23(a) and (b). Briefly, the plaintiffs must show that: If the plaintiffs meet that burden, a court may certify a class if separate lawsuits would create a risk of: The Eastern District’s opinion chews methodically through the checklist.

More ERISA VIOLATION News
The Court concluded that the class was sufficiently numerous and that the plaintiffs would adequately represent the class. The commonality requirement was satisfied because all 401k plan participants chose from the same menu of investment options and paid the same administrative and recordkeeping fees. The only serious sticking point seems to have arisen from the fact that the 60,000 potential members of the class had made different investment choices from their menu of options.

Nonetheless, the Court ultimately concluded that the essence of the plan participants’ claims is that the fiduciaries’ conduct harmed the 401k plan as a whole. Their individual losses, however different, simply function as evidence of this plan-wide harm.

Boley had previously survived a motion to dismiss based on lack of standing. If this challenge to class certification is the last procedural hurdle, the plaintiffs may finally get the chance to have the substance of their claims decided by a court.