The Glendale Outpatient Surgery Center’s (“GOSC”) ERISA lawsuit against United HealthCare Services Inc. and UnitedHealthcare Insurance Co. (collectively “United HealthCare”) claims that the insurance giant skimped on reimbursement for services rendered by GOSC to United HealthCare patients. On May 19 the Ninth Circuit dismissed the lawsuit, opining that the Complaint failed to describe how United HealthCare violated ERISA. The fatal flaw was that the lawsuit did not identify a specific ERISA plan or plan terms that would have required payment. In other words, the court simply did not have enough specific information to act on. The lawsuit was dismissed “without prejudice,” which means that it can be revised and relaunched. 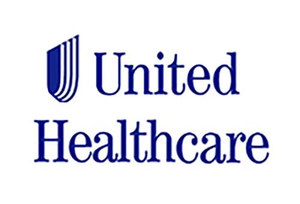 It would not be entirely surprising to see it or a similar lawsuit again. United HealthCare has a substantial history of underpayment lawsuits initiated by healthcare providers.


Most readers can identify with the plight of patients. Hospitals, doctors and outpatient centers are a harder sell. The argument that the under-reimbursement of healthcare providers ultimately hurts patients is advanced in a variety of different situations.

The underpaying culprit may be an insurer like United HealthCare or the Centers for Medicare & Medicaid Services, which sets policy concerning Medicaid, Medicare and the Children’s Health Insurance Program. It may be a system of state or federal laws that allows insurers to deny coverage for certain patients or health conditions.

In any event, the argument has (at least) two prongs: Without weighing in on the merits of any of these arguments, it is worth noting that United HealthCare crops up frequently in these types of lawsuits. Several persistent situations have raised troubling questions about the company’s practices.

Lowballing the “reasonable and customary rate”


In 2015 UnitedHealth Group, Inc. agreed to pay $9.5 million to settle a class action lawsuit alleging that it underpaid California out-of-network ambulatory surgical centers in violation of ERISA. As many as 250 surgical centers appeared to be eligible to participate in the settlement.

The dispute involved allegations that United HealthCare calculated its reimbursement of out-of-network ambulatory surgery centers in a way that did not satisfy the “reasonable and customary rate” standards of ERISA.

The surgery centers argued, nonetheless, that since United HealthCare had authorized the procedure, it should reimburse the providers. The refusal, they allege, violated ERISA and discriminated against morbidly obese individuals.


Another tranche of United HealthCare lawsuits involves allegations that the insurer’s reimbursement practices with respect to outpatient mental health and substance abuse treatment does not meet the law’s parity requirements. These involve claims by both individuals and treatment centers.

In a March 2019 decision, the Northern District of California found that United Behavioral Health, a United HealthCare subsidiary, had unlawfully discriminated against patients with mental health conditions and substance use disorders in order to cut costs.

Three addiction and mental health treatment centers thereafter sued UBH, alleging that the subsidiary had denied more than $5 million worth of medically necessary treatment. The Complaint argues that UBH "denied claims using guidelines that were based on profit and cost saving rather than the actual clinical needs of its members who suffered from mental health and/or substance use disorders."  The treatment centers further allege that many small and community-based treatment centers were on the edge of insolvency because the insurer refused to reimburse so many claims.

Might United HealthCare steer patients to its own outpatient surgical centers?


A 2019 analysis of United HealthCare’s Site-of-Service Medical Necessity Review Policy focuses on the insurer’s recent decision to redirect outpatient surgeries and other procedures to the less-expensive, ambulatory surgery centers, physician’s offices and outpatient facilities outside of hospitals. It mentions, almost parenthetically, that health insurers are also in the process of purchasing ambulatory surgical centers and other lower-cost provider facilities.

More ERISA VIOLATION News
The article further notes that United HealthCare recently acquired the DaVita Medical Group. Through this acquisition, the company appears to have taken ownership of more than 200 ambulatory surgical facilities, including both HealthCare Partners and Magan Medical Clinic in California.

It should be noted that the study does not suggest that United Healthcare steers business away from hospitals and toward itself. But the potential for conflict-of-interest looms large.