On July 17, 2018 Sen. Claire McCaskill’s office released a report detailing the results of an investigation into Anthem Blue Cross Blue Shield’s efforts to cut costs by denying emergency room coverage after the fact. Many of these insurance claim denials were eventually reversed. But Anthem may have succeeded in its overall goal of dissuading patients from seeking emergency care. A bad faith insurance lawsuit filed with California’s Department of Managed Health Care further shows how a combination of intimidation and delay can wear patients down. The good news, though, is that claimants who persist often win. 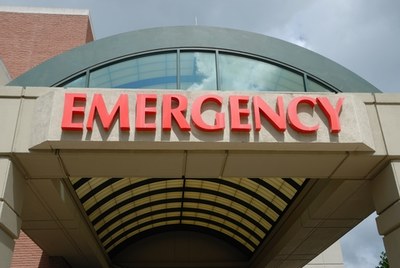 
Anthem Blue Cross Blue Shield notified policyholders in Kentucky, Missouri, Georgia, Indiana, Ohio, and New Hampshire that it would deny emergency room claims for services related to conditions that it later determined were not emergencies. In 2017, the insurer denied more than 12,000 claims on the grounds that the visits were “avoidable.”

Patients appealed the denials; the American College of Emergency Physicians filed a class action lawsuit challenging the policy on behalf of doctors; and patient advocacy groups worried whether the change would spread to Anthem’s other markets, including California. All raised serious concerns that Anthem policyholders would forego necessary medical care in emergency situations for fear that the insurance giant would decide retroactively not cover the cost.

The McCaskill report found that between July 2017 and November 2017, more than half of the Missouri appeals were finally resolved in the patient’s favor. At the end of the six-month period, claim denials were reversed at an astounding rate of 73 percent. The data show similar results for ER claim appeals filed by Kentucky and Georgia beneficiaries. The official policy has since been modified to broaden the categories of “must-pay” events, and reversals have dropped off precipitously. But why?

This a puzzling story in many different ways. Why institute a policy and then back away from it almost immediately, especially when some believe that it simply formalized a longstanding practice of hyper-scrutinizing ER claims? Was it just a botched rollout? Is the problem now solved? Or did the mere threat of non-payment accomplish Anthem’s goal by scaring patients away from the ER?

The underlying data – the data cited to explain the decline and the data used to justify the policy in the first place – is highly problematic. Estimates of avoidable, non-emergency visits vary wildly, from 5 to 90 percent of all ER usage. Furthermore, no one collects data about the other side of the equation -- the patients who did not go to the emergency room when their symptoms were life threatening. There is, however, abundant anecdotal evidence that the fear of non-payment discourages people from seeking care.

In a parallel inquiry, the California Department of Managed Health Care (DMHC) has developed a profile of Anthem’s grievance process in California that seems designed to thwart legitimate appeals. It’s not dispositive of the retroactive ER insurance claim denial issue, but it’s another part of a large picture of bureaucratic harassment and delay in claims processing and appeal resolution.


In November 2017, the DMHC brought an administrative action against Anthem for violations of California consumer protection laws. The complaint, termed an “Accusation,” under California insurance law, is based on Anthem’s mishandling of enrollee complaints and grievances.

In one particularly egregious case, a participant was diagnosed with a serious condition that required extensive surgery and reconstruction. Notwithstanding the plan's pre-authorization of the procedure, the insurer denied the claim after the treatment was rendered. The claim was eventually paid, but only after 22 phone calls, six months, and DMHC intervention.

The generalized foot-dragging is more than an annoyance. The DMHC argues that, “[t]his impacts consumers by causing delays in resolving their health care disputes and consequently creating frustration, stress, and even potentially detrimental effects on their health if appropriate care is delayed.” As with retroactively denied ER coverage, coverage delayed effectively becomes coverage denied.


In its lawsuit, the American College of Emergency Physicians makes it clear that the harm is not limited to patients. ACEP represents emergency physicians, emergency medicine residents and medical students. Its goal is to promote the highest quality of emergency care and to advocate for emergency physicians, patients, and the public in emergency departments.


The good news may be hiding in plain sight. That is the message of the 73 percent reversal rate cited in the McCaskill report and the disciplinary action and fines assessed by the California DMHC. It seems an unfair burden for Anthem enrollees to carry, especially when they found themselves with an insurance claim denial only because they were sick or injured in the first place. But here we are. That’s why there are lawyers.