In July 2018, the American College of Emergency Physicians filed an insurance lawsuit against Anthem Blue Cross Blue Shield over the insurer’s new policy of denying emergency room coverage after the fact. As a subpart of the strategy, Anthem refuses claims for in-hospital CT scans and MRIs ordered in the course of emergency diagnosis and treatment. The lawsuit focuses on the harm the policy does to patients. But it also shines a light on the damage that Anthem’s plan does to hospitals and the wider healthcare system. 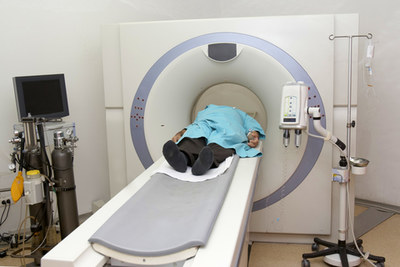 Anthem expects to implement this rule (formally named the Imaging Clinical Site of Care program and administered by its AIM Specialty Health subsidiary) in most of the states where it does business. In California, Anthem currently insures roughly 15,000 people.


A letter to Anthem from the American Medical Association expressed the organization’s deep concern that Anthem’s policy would negatively affect patient care: "We fear that the impact will be greatest on patients living in rural or inner city areas, where hospital outpatient departments may be the only nearby site of service for advanced imaging. These vulnerable patient populations already face significant care access care challenges, and the Anthem policy may exacerbate these existing problems."

Other studies suggest that these coverage denials disproportionately affect women and minorities.

Meanwhile, as the insurer’s coverage policy pushes patients to clinics, the number of freestanding imaging centers has actually declined because of changes in the industry and shrinking Medicare and Medicaid reimbursements. The squeeze is coming from all sides.

Separate and apart from the issue of whether care is available, others ask whether the “least cost” metric produces the best care. Decisions based solely on cost undermine the relationships between referring physicians and radiologists. They ignore choices based on experience with the quality of care and skill of the radiologist who performs and interprets the imaging study, according to a statement from the American College of Radiology.

Stories abound about inadequate staffing, inadequate equipment, potentially life-threatening scheduling delays and case-specific complexities that are dismissed as irrelevant by Anthem’s third-party reviewers. “We object to this economically motivated steerage policy largely because it goes against our priority— upholding the quality of patient care—and forces people to weigh costs over the best options for their health,” says Texas radiologist Ezequiel Silva III, MD, chair of American College of Radiology’s economics commission.


Hospitals operate in a unique and complicated economic environment but, as a basic principle, like every other business, they must generate revenue in order to provide community health care services. Some services will produce extra revenue; others will likely never be self-supporting. The mix must generally balance out or the hospital will be forced to shut its doors.

Since imaging services are among the most profitable services hospitals perform, Anthem’s new policy is likely to hit hospitals' bottom lines hard, especially in areas where Anthem covers large segments of the population.

By law, hospitals must provide critical services regardless of a patient’s ability to pay. The population that cannot pay includes the uninsured, the grossly underinsured and those have insurance, but whose insurer denies emergency room coverage after the fact.

In 2016, the total tab for uncompensated care in U.S. hospitals was $38.3 billion. As large as that figure is, it does not include unfunded costs that result from Medicare and Medicaid underpayment. Nor does it include the shortfall generated by specialty areas of service, like genetic testing and counseling, which are typically not self-supporting.

The revenue generated by imaging services effectively subsidizes these costs. So, losing the income will inevitably put a strain on hospital’s ability to pay for them. The Anthem policy may also put pressure on hospitals to reduce their charges for MRIs and CT scans. This would put further pressure on the freestanding operations.

How will the complex economic equation work out? Will smaller community hospitals be forced to cut back services or close? Although no one disputes the benefit of reducing the cost of health care in the U.S., few seem to be ready to view the question in its larger context. Pending further shakeout, none of the extended consequences of Anthem’s aggressive insurance claim denial policy appear to benefit patients or the hospitals where they go when they are sick.

Tip of the Iceberg?

More BAD FAITH INSURANCE News
The past few months have seen radiologists and other experts question whether additional insurers will follow Anthem’s lead on steering patients who need advanced imaging services. It may be too soon to say, but some see other payers taking a similar route to cut costs.

In general, large insurers like Anthem have benefitted benefitted handsomely over the past few years from Medicaid expansion, hefty premium increases, cost-cutting measures that limit patient coverage and the recent tax reform laws. It is not clear that these savings are being passed along to consumers. Both patients and the hospitals that serve them seem to be caught short in the process.
READ ABOUT BAD FAITH INSURANCE LAWSUITS

Posted by
Ricky S. Ballinger
on May 18, 2019
i had 2 cardiac arrest the 1st one was on 08/2011 and the 2nd was on 04/10/2019 with type 2 diabetes i am taking lisinopril and metformin and other medications since 2010 when i had this deceases. the doctors who performs my surgery says that my kidney is getting worst because of lisinopril and metformin that i am taking everyday. so they want me to stop taking those medications. what i am asking is can i filled a lawsuits againts to my perimary doctors that he give me these kind of medication? please help!!

Click to learn more about LawyersandSettlements.com
LawyersandSettlements.com - A trusted, independent legal news provider bringing quality news and information on legal cases and lawsuits filed in the United States of America to its readers since 2002. Over 650,000 legal help requests including Insurance Cases, and Drugs & Medical Cases have been forwarded to lawyers all across to the country.