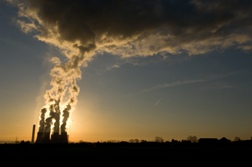 California's secretary of state has cleared the petition, giving the lawmakers five months to collect nearly 434,000 signatures needed to qualify the move to land on the ballot. The legislation, which has been dubbed the Global Warming Solutions Act (GWSA), has been a signature policy of Republican Governor Arnold Schwarzenegger since its initial passage in 2006.

The lawmakers claim that it would be unfair to enforce stricter regulations on California businesses while the economy is stills struggling. California currently has a 12.1 percent unemployment rate, the third highest in the country, according to the US Bureau of Labor Statistics.

"We'll be the only state in the country that asked our businesses to play by more expensive rules than the rest of the country," State Assemblyman Dan Logue told the LA Times.

Logue fears that the state's electricity rates and gasoline bills will go up when oil and utility companies' expenses grow under the GWSA. Governor Schwarzenegger has vowed to fight the initiative.