The U.S. government has ruled that denied Camp LeJeune claims must be resubmitted under the new Camp Lejeune Justice Act of 2022. But plaintiffs argue that they have to wade through more red tape.

All previously denied Camp Lejeune injury claims need to be resubmitted, according to the new Camp Lejeune Justice Act of 2022. But many plaintiffs argue that they shouldn’t have to go through the same administrative process again. 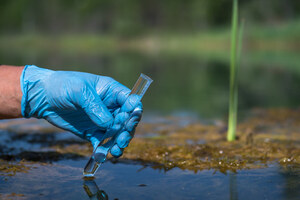 Just days after the Act went into effect, many Camp Lejeune injury lawsuits were filed by plaintiffs who were previously denied their claims. Now the U.S. government requires those Camp Lejeune toxic water victims to restart their “administrative review process”.

One of those plaintiffs is Donald Stringfellow, who worked or “was otherwise exposed” to water at Camp Lejeune from 1953 until 1987. He filed a class action toxic tort lawsuit against Defendant United States of America. According to his lawsuit, Stringfellow “has suffered harm including, but not limited to, diagnosis with serious illnesses, defects and other maladies, on a date before the enactment of the Act.” (The case is Donald Stringfellow, on behalf of himself and all others similarly situated, Plaintiff v. United States of America, Defendant Case No 7:22-cv-00145-M, filed August 14, 2022.)

Prior to filing the class action, Stringfellow’s claim--along with hundreds of others--was denied. They were denied despite various cancers and other devastating injuries directly linked to contaminants in the water, and because the ten-year North Carolina statute of limitations allowed the U.S. government to deny all claims, which caused hundreds of lawsuits to be dismissed.

It took the U.S. Navy fifty years to start notifying people about “past water quality issues” at Camp Lejeune. In 2008, more than 4,000 veterans and civilians filed claims with the Navy seeking compensation for their injuries. Some of those claimants brought lawsuits against the U.S. in various federal district courts under the FTCA.

In 2011, the Camp Lejeune cases were consolidated in a Multi-District Litigation (“MDL”) in the Northern District of Georgia (See MDL No. 2218). On December 15, 2016, the District Court dismissed the claims based on North Carolina’s statute of repose without reaching the merits of the plaintiffs’ negligence and duty-to warn claims. On the heels of the District Court’s decision, the Navy decided to deny thousands of pending claims seeking compensation for injuries caused by the government’s failure to ensure safe water at Camp Lejeune.

Stringfellow’s lawsuit states that “The United States has now finally decided to fulfill its obligation to servicemembers, their families, and civilians who resided and worked at the base during the period in which the water was contaminated.”

The Act “establishes a simple cause of action permitting individuals who were harmed by the contaminated water at Camp Lejeune over the relevant period of time to obtain relief in this Court. Specifically, “[a]n individual . . . who resided, worked, or was otherwise exposed (including in utero exposure) for not less than 30 days during the period beginning on August 1, 1953, and ending on December 31, 1987, to water at Camp Lejeune, North Carolina, that was supplied by, or on behalf of, the United States may bring an action in the United States District Court for the Eastern District of North Carolina to obtain appropriate relief for harm that was caused by exposure to the water at Camp Lejeune.”


This new Act requires a claimant to notify the U.S. Navy, which must deny the claim in writing or fail to resolve the claim within six months. But those individuals who previously submitted Camp Lejeune claims that were denied by the U.S. Government immediately reinitiated their lawsuits, arguing that the notice requirements of the Act were satisfied when they originally presented their claims years ago.

In September, a U.S. District Judge questioned whether early plaintiffs complied with the Act’s requirements. He called for evidence to be presented to establish how each claim was submitted and the date the U.S. government denied the claim under the Act, together with a brief explaining how an administrative claim brought before the Act was passed complies with the new requirements, reported AboutLawsuits.

Plaintiffs responded by filing a memorandum in October, noting that the Camp Lejeune Justice Act requires only to file a claim with the Navy to include facts that led to their injury and a demand for compensation, which they already did years ago. In other words, there is nothing in this new law that dictates they have to go through this red tape again.

In response to plaintiffs, the U.S. government in November argued that the new Camp Lejeune Justice Act requires each plaintiff to provide new notice of their claim under the law, and once again exhaust the administrative requirements.

According to the U.S.’s response, “plaintiffs admit that they have not exhausted their claims after the [Camp Lejeune Justice Act] CLJA’s enactment…Instead, Plaintiffs assert that the prior submission of a claim years before enactment of the CLJA is sufficient to satisfy the CLJA’s administrative exhaustion requirement, even though the Navy never had the opportunity to evaluate the claim under the standards of the CLJA.”

But plaintiffs countered:  the Act never created the need for a new claim to be exhausted, but instead is meant to “vindicate” a preexisting claim already filed with the courts. The plaintiffs’ memorandum included documents showing previous claims and denials on behalf of each of the plaintiffs who filed early lawsuits.


Plaintiffs had until November 17 to file a final reply before Judge Dever determines whether the claims should be denied without prejudice. This denial would require each plaintiff –some with life-threatening illnesses -- to reinitiate the notice of their claims and wait yet another six months before filing a lawsuit.
READ MORE ABOUT Environment
READ MORE ABOUT Personal Injury