A damning exposé on endoscopes that appeared earlier this month in the Los Angeles Times (12/19/15) provides a troubling backdrop to a rash of serious infections and responses undertaken by a manufacturer that commands the single largest sector of the endoscopy market in the United States. Such revelations would be of interest to any plaintiff fighting an Endoscopy lawsuit, of which there are several. 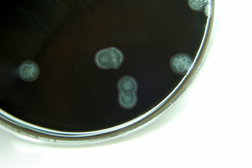 There’s bound to be several more…

Endoscopes are not new. Olympus - the manufacturer at the center of a brewing controversy surrounding scopes that can trap bacteria and pass infections between patients - consulted with doctors on the design of the very first duodenoscope in the late 1960s and early 1970s. The duodenoscope is a flexible device designed to be threaded down a patient’s throat into the digestive tract, where tiny cameras can identify and guide doctors in treating gallstones, cancers and other maladies of the digestive tract. While endoscopes have helped revolutionize the modern practice of medicine, the scopes are too expensive to be disposable. Thus, they are reused - with cleaning protocols designed to rid the device of any bacteria from a previous patient that could potentially infect another.

And yet, many an endoscopic infection lawsuit has emerged in spite of cleaning protocols that have proven ineffective - especially with a later design of the Olympus duodenoscope identified as the TJF-Q180V. The latter, released by Olympus in 2010, was supposed to be a superior redesign with a capacity for easier and more effective cleaning, and thus minimizing or mitigating the possibility of infection.

But it hasn’t turned out that way. What’s more, Olympus - with a lock on about 85 percent of the US endoscopy market - is accused of suppressing data that critics say should have been more readily shared with hospitals and federal regulators.

The LA Times report includes an inspection, conducted in 2012, by Dutch hospital officials in the presence of technicians and other principals employed or contracted by Olympus. An impartial inspector, hired by the hospital and the manufacturer, found that blood and tissue could become trapped in an area of the scope that was normally sealed and designed to be impervious to contamination.

However, it took three years for Olympus, according to the LA Times report, to share the potential contamination finding with US hospitals. European health officials were apparently notified right away - in 2012 - but not their counterparts in the United States, which is Olympus’ largest and most lucrative market.

Meanwhile, in that three-year period, there were 21 deaths and about two dozen cases of extreme illness from infections related to the use of endoscopes in hospitals at Pittsburgh, Seattle and Los Angeles. Of the 10 outbreaks identified by the US Food and Drug Administration (FDA), seven were tied to the use of scopes manufactured and marketed by Olympus.

More ENDOSCOPE INFECTION News
“Olympus’ silence on this important issue was unethical, irresponsible and dangerous,” said Dr. Andrew Ross, chief of gastroenterology at Virginia Mason Medical Center in Seattle, one of the US hospitals affected at which 18 patients were sickened by tainted scopes and died. An additional 21 more were infected and taken ill. His comments were published in the LA Times.

One example of a surgical infection lawsuit is that of the Hughes family of Santa Monica, which is suing Olympus over the loss of their 11-year-old son Jeffrey. The sixth grader had been locked in a fight against cancer for three years. Just one month following treatment with an endoscope manufactured by Olympus at UCLA Medical Center, Jeffrey Hughes died.

Carla Warner is another plaintiff having brought an endoscopic infection lawsuit against Olympus following the untimely death of her 55-year-old husband, Bill, following treatment with an Olympus scope in 2013. “Olympus knew of the risk and hid the infections,” Warner said between sobs, in comments to the LA Times.

“My husband should be alive today.”

Posted by
m
on January 10, 2016
I happen to see a resident doctor at a large hospital drop an endoscope onto a toilet door was open. He didn't see me. He then proceed to
Bring it into my daughters room saying he had to put it down her throat. When i confronted Him he said the acid in her stomach will kill any bacteria. I asked what about as it is going down to her stomach, etc.? I cancelled the procedure? I was shocked. My deceased daughter had cancer.too many mistakes in medicine!