In the Midst of Concern Over Endoscope Infection, a New Threat Looms

It’s been just over a year since Sen. Patty Murray, D-Wash., ranking member of the US Senate Health, Education, Labor and Pensions (HELP) Committee, released a Minority Staff Report detailing the results of a year-long investigation into deaths related to antibiotic-resistant infections from contaminated duodenoscopes. Such deaths, and injuries suffered by various plaintiffs, have resulted in many an endoscope lawsuit. 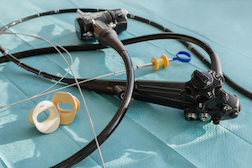 The report was wide-ranging and exhaustive. Nor did the report shy away from naming any organization or sector thought to have contributed, in some fashion, to the problem. To that end, the report: Preventable Tragedies: Superbugs and How Ineffective Monitoring of Medical Device Safety Fails Patients held both manufacturers and end users responsible for failure to comply with regulatory obligations.

The US Food and Drug Administration (FDA) did not escape scrutiny either, as the federal regulator was taken to task for various systems failures.

Endoscopes and duodenoscopes are devices used for internal diagnostics. The device, when extracted, may become contaminated with the bodily fluids of the patient for which the device was used. Designed to be re-used, endoscopes and duodenoscopes are required to go through a rigorous cleaning and disinfection process in order to eradicate any trace of fluid, tissue or bacteria from the previous patient, before deployment for the next.

Allegations in many an endoscopic infection lawsuit, cite improper cleaning procedures and / or design flaws that foster the passage of infection from one patient to the next.

The devices have been linked to outbreaks of so-called ‘super bugs,’ with at least 68 patients in the US infected with antibiotic-resistant bacteria linked to the use of duodenoscopes.

According to the report, the three manufacturers identified had failed to meet significant regulatory requirements, including the failure by two manufacturers to submit the required applications under the FDA’s 510(k) Clearance for what were deemed as significant design modifications. The 510(k) Clearance program already has significant detractors for allowing design updates of existing products without the requirement for intensive pre-market testing or clinical trials normally required of newly-designed products without an existing precedent in the market.

It should be noted that two days after the aforementioned report was released, the FDA announced it had cleared the Olympus TJF-Q180V duodenoscope with modifications intended to help reduce the risk of bacterial infection. In response to the report, the FDA also signaled it would be reviewing its 510(k) Clearance policies.

For plaintiffs, such good intentions have not stopped them from filing an endoscope negligence lawsuit.

This year, 2017 begins with another threat looming on the horizon: superbugs linked to gastroscopes, according to a report penned by Dr. Lawrence Muscarella, PhD., and appearing in the Pittsburgh Tribune Review (01/03/17). The infections, which Dr. Muscarella writes has not previously been publicized, were identified by UPMC (an operator of hospitals) in six patients who were “infected (or colonized) with carbapenem-resistant Klebsiella pneumoniae, according to an abstract presented in October at an infectious disease conference.

“All six patients who received medical care in the hospital's surgical intensive care unit were ‘exposed’ to the same gastroscope (The abstract uses the word ‘exposed’ presumably to refer to this gastroscope being used to perform endoscopy on each of these six patients),” Dr. Muscarella writes – adding the authors of the abstract suspected the gastroscope had become contaminated with the cluster’s superbug and subsequently transmitted to each of the six patients, much in the same way that endoscopes and duodenoscopes have passed along infection to other patients, or so it has been alleged.

“Carbapenem-resistant K. pneumoniae, or CRKP, is an emerging health care-associated pathogen and a prominent type of superbug called carbapenem-resistant Enterobacteriaceae, or CRE,” Dr. Muscarella further states, adding the mortality rate of patients infected with CKRP or related CRE can be as high as 50 percent.

More ENDOSCOPE INFECTION News
The author, an avid blogger who also serves as president of LFM Healthcare Solutions, LLC located in the Philadelphia area, notes the UPMC report is not the first indication of gastroscopes passing infection between patients. A search by the author through the medical device database maintained by the FDA revealed documentation filed in March of last year relating to the contamination of four gastroscopes manufactured by Fuji (model type EG-450WR5). A separate report filed with the FDA in May, 2016 reportedly links a gastroscope manufactured by Pentax (model EG-29901) to a CRE infection (although the author is quick to point out the patient involved also underwent a procedure with a duodenoscope. As well, the specific cause of the CRE infection in that case remained unclear).

Earlier this month it was announced that Fuji was removing its legacy 250/450 duodenoscope models from clinical use.