Enbrel Side Effects Could Include Infections

More ENBREL SIDE EFFECTS News
Enbrel side effects can have serious consequences on patients receiving the injection, including infections that affect the entire body or even tuberculosis, a severe infection of the lungs, according to the National Center for Biotechnology Information (NCBI). 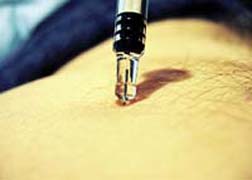 Enbrel, which is prescribed in order to relieve some of the symptoms of specific autoimmune disorders such as arthritis, works by inhibiting the activity of a substance that causes inflammation in the body, according to the center.

As an injection, Enbrel can come in liquid form or as a powder to be mixed with liquid, and the medicine is typically injected once or twice per week.

One of the most severe possible side effects of Enbrel is sepsis, which is a "potentially life-threatening condition, in which your immune system's reaction to an infection may injure body tissues far from the original infection," according to the Mayo Clinic.

Other less serious Enbrel side effects can include headache, nausea, stomach pain and weakness in the arms or legs, according to the NCBI.

Posted by
Laura Godin
on February 12, 2017
I used enbrel for @ 4 yrs for rheumatoid arthrtis. I did everything my doctor said. Besides spots and small scabs appearing on my skin. I ended up with thyroid cancer.
In 3 months a big lump grew on my throat.
I discovered it, not my doctors. (I see them every 2 to 3 months)
I told my RA doctor of my finding. She then left the examine room and went to her office. My door was left open. I left the room and caught my doctor in her office telling the pharmaceutical company, "we have another one, Laura Godin". I fliped. I wasn't the 1st or 2nd.
I'm told this is a side effect.
It's hard enough being sick, but the meds making it worst. Causing my body more problems.
Help